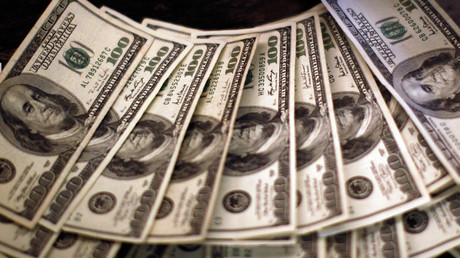 A homeless man was reunited with $187,000 after leaving a backpack full of cash in a taxicab over the weekend. The driver of that taxi is now being hailed as a good Samaritan by the police.

On Friday afternoon, Raymond “Buzzy” MacCausland, a driver for the Independent Taxi Operators Association in Boston, Massachusetts, discovered a backpack left in the rear seat of his cab after dropping off a customer.

Trying to establish the possible identity of his former customer, MacCausland searched through the bag for any form of ID. Instead, he discovered approximately $187,000 in cash inside, in bundles of $50 and $100 dollar bills.

The 72-year-old cabbie “immediately” turned in the cash to Boston Police Headquarters. The police then discovered paperwork in the bag indicating that the forgotten cash was part of an inheritance. The money was then returned to the rightful owner, who gave MacCausland a $100 reward tip.

“As officers inventoried the bag, they received a call from the fare stating he had, indeed, left the backpack in the cab. When the owner of the property arrived, he provided proof of ownership and, thanks to the upstanding, honest hackney driver, was reunited with his backpack and money,” police said in a statement.

“This hackney driver exhibited exemplary behavior and his honest deed should be recognized. His actions represent the high standards that our department has for our drivers,” Police Commissioner William Evans said in praise of MacCausland.

Recalling his mysterious passenger on Friday evening, MacCausland said, “he told me he was homeless and had been living in a shelter for six months.”

As of June this year, the median annual taxi driver salary in Boston is $36,175, according to Salary.com. That makes the $187,000 return five times the annual take of the cabbie.