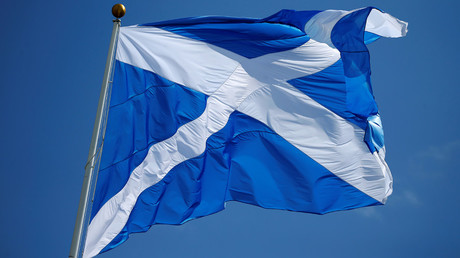 The massive slump in North Sea oil revenues would leave an independent Scotland with a bigger deficit than Greece, with experts saying the dip has left the nationalist dream of separation from the UK dead in the water.

The 97 percent collapse in oil income over the past 12 months has anti-independence figures gloating that the Scottish National Party’s (SNP) showpiece project is now unattainable.

Among the doomsayer’s is Scottish Liberal Democrat leader Willie Rennie, who told the Independent on Thursday: “The nationalists’ case for independence has been swallowed up by a £14 billion black hole.”

His comments stem from new figures released by Government Expenditure and Revenue Scotland (GERS) which indicate that tax revenue from oil crashed from nearly £2 billion in 2015 to a mere £60 million in 2016.

This leaves a 9.5 percent gulf – just over £14.5 billion – between tax income and Scottish spending, compared to a four percent deficit for Britain as a whole.

Those Conservative and Labour politicians who survived 2014’s political rout north of the border also said independence is off the table.

The SNP has shrugged off the criticism, however, claiming that the crash in Scotland’s oil industry merely puts further emphasis on the need for other areas of its economy to be developed.

First Minister Nicola Sturgeon said in a statement: “The lower oil price has, of course, reduced offshore revenues, with a corresponding impact on our fiscal position. This underlines the fact that Scotland’s challenge is to continue to grow our onshore economy.”

However she maintained “the foundations of our economy remain strong.”

The dip in oil does not seem to have discouraged China from investing in the North Sea, however, with specialists suggesting the emerging superpower’s continued interest is a sign that something is amiss.

According to The Times, firms governed by state-owned China National Offshore Oil Corporation (CNOOC) are so embedded in the UK oil industry that they stand to receive some £2 billion in tax breaks and pump out as much as 200,000 barrels of crude per day.

Given the recent decline in yields, China’s continuing dominance of UK oil is now puzzling experts, who have begun to fear that control of the fields has more to do with influence than profit.

“It may be part of a general strategy to boost the credibility and legitimacy of Chinese companies operating within Europe,” he said, adding that it could be all about “soft power.”