Prime Minister David Cameron’s anti-corruption summit will bring together a bevy of political leaders, officials from the financial world and sports representatives of FIFA and UEFA. RT takes a closer look at exactly who’s coming.

Cameron has pledged to use Thursday’s summit in London, organized before the Panama Papers leaks, to clinch an agreement committing world leaders to tackling corruption and ensuring greater financial transparency.

As RT finds, many attendees have question marks hanging over their own records.

Nigerian President Muhammadu Buhari, the self-described “people’s president,” will be among those in attendance. Since taking office last May, Buhari has embarked on a sweeping anti-corruption crusade. Critics, however, have slammed the campaign as politically motivated witch-hunt, accusing Buhari of using corruption as a pretext to weed out opposition politicians.

Despite having the highest paid public officials in the world and Africa’s biggest economy, oil-rich Nigeria is one of the largest beneficiaries of UK aid. Britain has committed to spending £860 million in foreign aid to the country.

The Mail Online reports that Buhari’s youngest daughter, 16-year-old Hanan, who attends a £26,000-a-year English school, was flown first-class from London to Nigeria in April in violation of Buhari’s own ban on premium travel for officials.

Afghanistan’s President Ghani will also be among the politicians at the summit. Ghani took office in 2014 amid rampant allegations of fraud, pledging to eradicate corruption. The contested election was settled with a controversial power sharing agreement between Ghani and his rival Abdullah Abdullah, who assumed the newly created role of chief executive officer, similar to the position of prime minister.

Corruption across the country is widely believed to have worsened during his tenure. Transparency International (TI) downgraded Afghanistan to third from the bottom on in its corruption ranking in 2015.

The US, European Union and other foreign donors have all cited corruption as the greatest threat to rebuilding Afghanistan. Ghani announced last month the launch of a new anti-corruption body to coordinate work against graft throughout government agencies and push forward corruption cases which have stalled.

IMF managing director Christine Lagarde is scheduled to be a panelist at the conference. Lagarde is embroiled in a scandal of her own and will stand trial in France for failing to prevent a multimillion euro fraud when she was French finance minister in 2008. Lagarde was cleared in 2014 of any direct role in a €403 million settlement paid by the government to tycoon Bernard Tapie, but will now face charges of negligence for failing to block the payment.

After coming under intense scrutiny in the wake of the Panama Papers when it emerged his late father Ian ran an offshore fund, British Prime Minister David Cameron admitted he too had owned shares in a Panama incorporated fund.

Between 1997 and 2010, he and his wife Samantha Cameron owned shares in Blairmore Investment Trust, a multimillion-pound offshore trust fund. 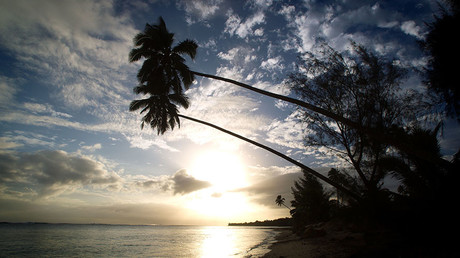 The summit is also expected to address the issue of corruption in sport with representatives from football governing bodies FIFA and UEFA due attend. Cameron’s anti-corruption adviser, Eric Pickles, told the Guardian last week that heads of the bodies will be expected to sign a joint statement pledging to take a stance against corruption in their organizations, committing them to fight bribery and gambling.

Since last spring, the global football governing body has been embroiled in a mass corruption scandal, resulting in the arrests and indictments of dozens of key executives and the putting an end to the career of FIFA President Sepp Blatter as well as UEFA President Michel Platini. A host of officials were indicted on charges of “rampant, systemic and deep-rooted corruption.”

Notably, with just two days to go, Cameron has yet to persuade the leaders of offshore havens such as the British Virgin Islands and Cayman Islands at the center of the Panama Papers leaks to send representatives to the summit. Downing Street says the UK government is in “discussions” with officials from overseas territories and UK crown dependencies about their attendance.

Cameron has faced criticism for failing to secure agreements from UK territories to establish publicly accessible registers of company owners in their jurisdictions.

The current deal ensures that only UK law enforcement and tax agencies have access to these registers, which will be held by the companies themselves.