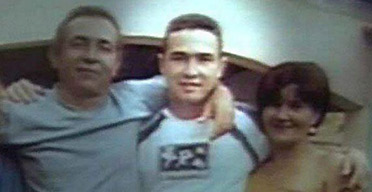 Sir Ian Blair vowed yesterday to stay on as Britain’s top police officer, despite sustained calls for his resignation, after his force was found guilty of “catastrophic” failings that led to the shooting dead of Jean Charles de Menezes.An Old Bailey jury found the Metropolitan police guilty of breaking health and safety law in July 2005 when De Menezes was killed after being mistaken for a suicide bomber. Fining the force £175,000 and ordering it to pay £385,000 in costs, judge Mr Justice Henriques called on the force to learn lessons.

He said: “Every single failure here has been disputed. Some of these failings have been simply beyond explanation. There has been no single admission to any one of the alleged 19 failings.”

The Conservatives and Liberal Democrats demanded Sir Ian resign as commissioner of the Met. But he was given public backing by home secretary, Jacqui Smith, and prime minister, Gordon Brown.

Within the police service, the Guardian has learned that senior figures argued the force should plead guilty, but Sir Ian decided to fight the case. The unprecedented trial came after prosecutors said no individual officer could be held responsible for the electrician’s death, but that the force should be tried for failing to protect the public from risk.

At the heart of the trial was the Met’s failure to follow its own plan on the morning of July 22 2005, thereby placing the public at risk. The force was hunting suicide bombers who had launched failed attacks on the capital’s transport system the previous day.

Evidence led detectives to a block of flats in south London, and at 5am a senior commander ordered surveillance officers to be posted outside with support from elite firearms officers to stop and question anyone who emerged.

But the firearms officers were not in place for more than four hours, so when De Menezes left the flats he was allowed to travel on two buses and then on to a tube train at Stockwell. It was only there that firearms officers caught up with him and he was shot seven times.

Delivering their guilty verdict, the jury made clear that Cressida Dick, who led the operation, bore “no personal culpability”. Mr Justice Henriques said a “corporate failure” lay behind the tragedy. “This was very much an isolated breach brought about by quite extraordinary circumstances,” he said.

But he said the failure to have firearms officers in place had led to the killing of the 27-year-old Brazilian. If the strategy had been followed, he said, it “would have prevented any suspect boarding the public transportation system and would … have avoided this terrible tragedy”.

The prosecution had outlined 19 separate failures. Sentencing the Met, the judge highlighted particular shortcomings including commanding officers’ mistaken belief that surveillance officers following De Menezes had “positively” identified him as a terrorist. The control room at Scotland Yard was noisy, making communications difficult, said the judge, who added that the briefing firearms officers received was inaccurate and “unbalanced”.

The judge praised the bravery of individual officers but said the force should learn lessons and questioned its tactics in the trial. He said the bill to the taxpayer could “very easily have been minimised”.

After the verdict Sir Ian refused to consider resigning, saying the failings were not systemic: “The difficulties shown in this trial were those of an organisation struggling, on a single day, to get to grips with a simply extraordinary situation.”

One of Britain’s most senior officers told the Guardian: “The Met should have pleaded guilty. The stuff that comes out is embarrassing for the Met even if it’s found not guilty.” He added: “Stockwell will damage him in the end. It’s his millstone and will be with him to the end.”

The furore over the shooting will continue. The Independent Police Complaints Commission is considering the release of a report into the failings within days. A full inquest into the killing will take place next year, and the De Menezes family will also issue civil proceedings.

Later this month Sir Ian will face a meeting of his police authority where he will be questioned about the guilty verdict.

The Met is under fire for its trial tactics. The closing speech of its barrister Ronald Thwaites QC angered De Menezes’s family, who said it was a “smear”. They demanded Sir Ian resign.