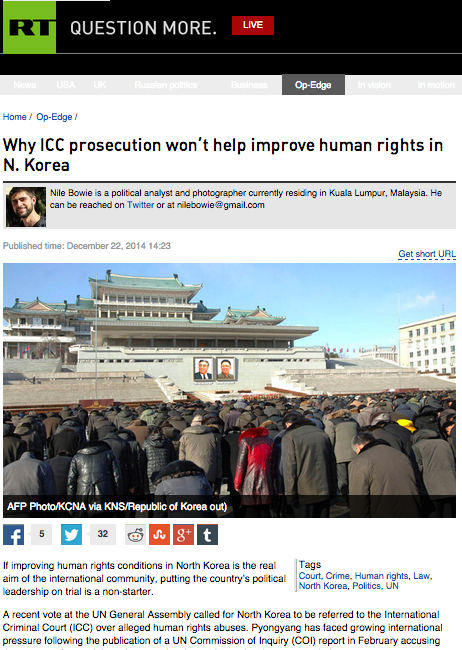 If improving human rights conditions in North Korea is the real aim of the international community, putting the country’s political leadership on trial is a non-starter.

A recent vote at the UN General Assembly called for North Korea to be referred to the International Criminal Court (ICC) over alleged human rights abuses. Pyongyang has faced growing international pressure following the publication of a UN Commission of Inquiry (COI) report in February accusing the country of committing crimes against humanity against its own population.

The 372-page report on rights violations in North Korea primarily raises concerns over the country’s penal system, where it claims citizens have been subjected to arbitrary detention, torture, executions and deliberate starvation. Authors of the report have made resolute comparisons between Pyongyang’s alleged abuses and those of Nazi Germany.

North Korea has categorically denied the COI’s findings, claiming the report is intended to provide a moral justification for a foreign military intervention into the country under the auspices of protecting human rights — a scenario that would not be without precedent when country-specific UN special procedures have been sought in the past, such as the case of Libya.