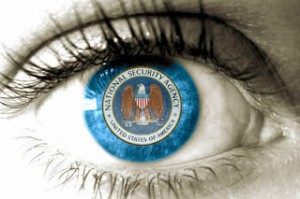 “Of all tyrannies, a tyranny sincerely exercised for the good of its victims may be the most oppressive.”
C.S. Lewis

The latest leaks from former ex-National Security Administration contractor Edward Snowden aren’t really “leaks” or even revelations…they are more just basic observations on the way things are in society today.

“Everyone is under surveillance now” the Guardian headline begins.

Worse, the people in charge of pushing this agenda say it’s for our own good, you know, for National Security and all.

The US intelligence whistleblower Edward Snowden has warned that entire populations, rather than just individuals, now live under constant surveillance.

“It’s no longer based on the traditional practice of targeted taps based on some individual suspicion of wrongdoing,” he said. “It covers phone calls, emails, texts, search history, what you buy, who your friends are, where you go, who you love.”

Snowden made his comments in a short video that was played before a debate on the proposition that surveillance today is a euphemism for mass surveillance, in Toronto, Canada. The former US National Security Agency contractor is living in Russia, having been granted temporary asylum there in June 2013.

The video was shown as two of the debaters — the former US National Security Administration director, General Michael Hayden, and the well-known civil liberties lawyer and Harvard law professor, Alan Dershowitz — argued in favour of the debate statement: “Be it resolved state surveillance is a legitimate defence of our freedoms.” [emphasis added]
(source)

By taking away our freedom, they’re actually defending our…freedom?

These Snowden leaks/revelations/basic observations will continue to trickle out because, well, it’s a slow-drip method of keeping the glaring big brother reality of our totalitarian society in your face all the time so you’ll get accustomed to the fact that you are under constant government watch and passively accept it.

That’s how it works. As soon as you aren’t thinking about the NSA spying on you all the time, as soon as the “big data” analysis shows that social media aren’t buzzing with the name Edward Snowden and related search terms, BAM.

Another magical Snowden leak will drip out, right on time, to remind us all once again that we’re are totally under constant mass government surveillance and we have no freedom or privacy or respected rights.

Can someone show these guys the Constitution? Can someone point out where it is in the Bill of Rights that it says they are null and void if our government deems it necessary to form a big brother police state under the guise of national security?

Wasn’t the NSA’s mission to collect foreign intelligence, by the way? (Even typing that sentence at this point is like reluctantly saying the punchline of a joke you know everyone’s already heard ten times before.)

Every heard of that term? I hadn’t until just a few days ago.

Sousveillance (/suËËˆveÉªlÉ™ns/ soo-VAY-lÉ™ns; French pronunciation: [suvÉ›jÉ‘Ìƒs]) is most commonly defined as the recording of an activity by a participant in the activity typically by way of small wearable or portable personal technologies. (source)

Some people say it’s a reverse surveillance tactic – such as when the average citizen using his or her smartphone to record misdeeds by the cops – but really in this environment where the government has tapped all the major telecommunications companies from phones to Internet, it ultimately just means that we’re all spying on ourselves. 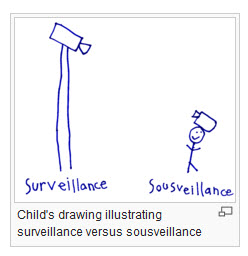 We wear little cameras, either in the form of smartphones or in the trendy, literal wearables (Google Glass, anyone?) that are coming out all the time. We participate in Internet activities, sending emails and visiting social media websites like Facebook and Twitter where our data is knowingly being sucked up with a giant government vacuum cleaner and put into the even-more-giant $3 billion data hub the NSA built in the Utah desert. We’re all being pushed through the green agenda to buy energy-efficient appliances with smart chips in them that can keep track of our resource usage and connect to each other and the grid, thus connecting everything (and us) to that nifty “Internet of Things” Former CIA Director David Petraeus said would be used to spy on us.

So it’s actually worse than Snowden says…because we aren’t just living under constant government surveillance, but we’re facilitating it. We’re active participants in our own surveillance. We’re helping them do it by doing half the job. We’re spying on ourselves.