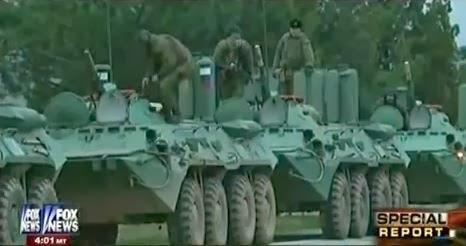 Via The Mass Tea Party YouTube channel, a special report on the military response by Russia to the ousting of the Ukraine president and Barack Obama’s threat about the “costs” to any military actions, after reports and videos were shown of Russian troops moving enmasse.

It is an in depth 11 minute plus report and well worth watching to see what is happening at the moment as tensions between the US and Russia hit new levels.