While there are many, many police officers willing to put their lives on the line on a daily basis to “protect and serve,” there are others, seen in the news with increasing frequency, that are out-of-control, working in teams, treating the US like a police state and getting away with it.

In the video below, WeAreChange provides exclusive footage of a man, a veteran by the name of Tommy Yancy, 32, father of two, suffering from PTSD, served in Afghanistan and Iraq in the 259th Field Service Unit following the 9/11 attacks, who was savagely beaten by Imperial cops over a traffic stop.

The witness that filmed the event describes what happened, says Yancy was not resisting arrest at all, yet was tasered, attacked by a police K-9 unit, beaten and ultimately killed.

According to the video details, the family has not even been allowed to see the body and there has been very little, if any,  media coverage of this event.

Officers claim Yancy swung at an officer and attacked the K-9, however, near the end of the video, posted to YouTube on May 12 (http://youtu.be/ZoqvXS7MDJg…), police are seen attempting to revive Yancy while a witness states, “All of this for one guy who wasn’t even resisting arrest,”. The officer is said to have received no serious injuries.

If after watching the short video below and listening to the witness filming this, you agree that we need to “demand the demilitarization of police and for them to be held accountable for their actions,” the number to the Imperial County DA’s office is provided at the end of the video, (760-482-4331). 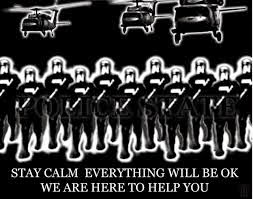