House Stenographer Dianne Reidy was dragged off to a mental hospital after she took control of the microphone in the House of Representatives during a vote on ending the government shutdown, stating that the United States was controlled by Freemasonry and that the country had never really been, “One Nation Under God.”

This is becoming a pattern with the Obama administration; disagree too publicly and you get slapped in the nuthouse. Just last Summer, Marine veteran and talk show host Brandon Raub was committed to a mental hospital after making a Facebook post critical of the President. He was held for over a week until a judge ordered his release, stating that there was never a valid reason to commit Raub in the first place.

NOTE: Although those who drag Reidy off call her “Molly,” or “Holly,” her name has been reported as Dianne Reidy by several news outlets. From Fox News: 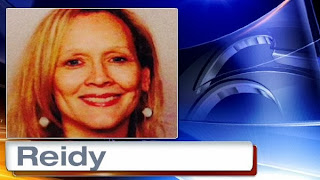 Fox News identified the stenographer as Dianne Reidy, who went to the Speaker’s Chair while the vote was in progress and said, “Praise be to God Jesus Christ.” She also appeared to make references to America not being one nation under God because “Freemasons” wrote the Constitution. She also seemed to say something about a “house divided.”

A woman tried to calm Reidy as others summoned police.

Representative Ileana Ros-Lehtinen, R-Fla., the presiding officer, banged the gavel to restore order several times, but did not deter Reidy, who screamed “You cannot serve two masters” as she was removed from the floor.

According to Ros-Lehtinen, Reidy “came up to the podium area beneath where I was standing and asked me if the microphones were on. I said that I didn’t know. I assumed that perhaps I was chatting too much to the helpful parliamentarians around me. Then she suddenly faced the front and said words like ‘Thus spoke the Lord.’ And, ‘This is not the Lord’s work.’

“I hammered to get control and hush her up. She said something about the devil. It was sudden, confusing and heartbreaking. She is normally a gentle soul.”

Reidy was questioned by U.S. Capitol Police after her removal from the floor and was later taken to a local hospital for a mental health evaluation. It was not immediately clear whether criminal charges would be filed.

Rep. Joaquin Castro, D-Texas, told Fox News, “You have a lot of members who are concerned about who is allowed on the floor when something like that happens.”

Molly or Holly must be her nickname.