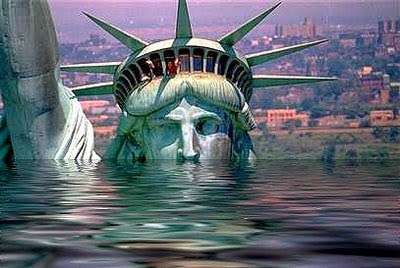 In the video below former Congressman James Traficant talks with Gary Franchi to discuss the total collapse of America by 2030 (unless the dollar collapses first), where he makes some startling predictions.

His belief that without the total elimination of the IRS, which has put America into slavery, as well as the “predatory” Federal Reserve system, that America will implode in a similar fashion as the Soviet Union did. His points about how we have driven industries, manufacturing and other businesses that once made America thrive, way, are shared by many.

Without a shot fired, without a news announcement, one morning we woke up and there was no Soviet Union anymore and that is what Traficant is predicting for America…… one morning we will all wake up and America as we knew it will simply be gone.

Some say it already is.

Is it too late to save America? No. Do our so-called leaders have the spine, the strength and incentive to replace the systems that are bringing us to the edge of complete devastation…….. it is doubtful.

Traficant offers one caveat. If the dollar collapses before then, then his prediction of a total collapse by 2030, moves forward significantly and since a variety of economists, financial gurus and trends forecasters do believe the dollar is on the way out as the world’s reserve currency, then the implosion of America will come much sooner.