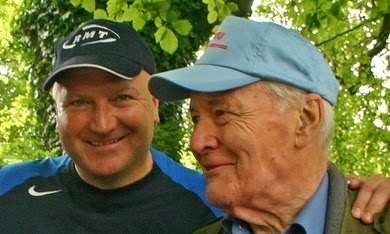 “Tony’s death comes only a few days after the tragic loss of Bob Crow; for the second time within a week, our movement has lost an outstanding trade unionist and socialist, and I have lost a close friend.” Arthur Scargill, former leader of the National Union of Miners.

The week just gone saw two giants of the left in Britain pass away. Rail, Maritime and Transport Union leader Bob Crow went well before his time at only 52. Tony Benn, former minister in the Labour government during the 1970s and stalwart of the left, died at 88.
Tributes have poured in for both men. Their genuine friends, colleagues and admirers praised both men’s beliefs, tenacity and courage. They saw them for the men they actually were: honest individuals who remained true to their beliefs and who demonstrated unwavering support for the wholly legitimate causes they believed in.
Others who hated the socialist beliefs espoused by Benn and Crow paid back-handed complements or offered condolences by merely saying Bob Crow and Tony Benn fought well for what they believed in. Little if anything was said about what they actually believed in or the legitimacy of their beliefs.
Foreign Secretary William Hague said on Twitter:

“Sad to learn of the passing of Tony Benn. My sincere condolences to his family and friends.”

“Tony Benn was a magnificent writer, speaker and campaigner. There was never a dull moment listening to him, even if you disagreed with him.”

When Margaret Thatcher died last year, her ‘achievements’ were listed, while her wrongdoings were conveniently glossed over. Her supporters in the media and in politics, like Hague and Cameron and those who pretended to portray a neutral stance, included in their lavish praise for her that she was a ‘conviction’ politician and her policies were regarded by some as ‘divisive’. But, on the whole, the general tone of these people was that she did what had to be done. In the wake of Benn and Crow’s passing, by what is not said, it is implied that they were totally misguided.
When Thatcher died, such people paid scant regard to the decimation of manufacturing industry under Thatcher’s tenure, the selling off public assets built up by the hands of labour over the decades to profiteers, the deregulation of financial pratices which ultimately contributed to the taxpayer having to ‘bail out’ billionaire bankers, the near destruction of the trade union movement, the ultimate dismantling of the post-war Keynesian consensus on behalf of global capital and the devastation of working class communities across Britain.
All of this was swept aside by bureaucrat, careerist politicians, mainstream media anchors and commentators who stated that her policies were sometimes ‘contentious’, or they spewed out some other platitude in attempt to gloss over her treacherous impacts and policies.
Those who suffered as a result of her policies and her political opponents could see through her lies about the efficacy of privatisation or her obsession with the market. Her policies helped to facilitate the shifting of power and wealth from ordinary people to the mega rich, a process the likes of which have not been seen before in modern history.
Mick McGahey, Vice President of the National Union of Mineworkers (NUM) between 1972 and 1988, said that the NUM understood the Thatcher government’s determination to use the state machine against it and that in order to dismember the welfare state and engineer the appropriation of power and wealth by elite interests, the government had to break the trade union movement and they needed to break the miners first.
The miners lost and what we are left with is the Britain we have today, pillaged, manipulated and controlled by the rich.
Tony Benn stood against everything that Thatcher stood for. And that’s why in the 1980s, he was vilified. The right wing mainstream media depicted him as being part of the ‘loony left’, and in more recent times Bob Crow was often portrayed as a ‘dinosaur’, a throwback to the Benn era. Both men stood up for the rights of ordinary working class men and women and fought against incompetent management, privatisation, imperialism, the criminal wars engaged in by Britain and the policies of exploitation and the grabbing of wealth by elite interests that masquerade as neo-liberalism.
Thatcher, followed by Blair and New Labour, did immense damage to the ordinary people of Britain and was rightfully held to account by Tony Benn. When others in the Labour movement ditched their principles to become fudgers, yes-men and careerists, Benn and Crow remained true to their beliefs.
They stood opposed to the deceit, duplicity, war mongering and hypocrisy of the likes of Cameron, Hague and Blair. They did not want to bring about a ‘fairer’ capitalism, as the current leader of the Labour Party Ed Miliband espouses. They had no time for a corrupt, moribund system.
There is a speech given by Tony Benn in the British parliament in 1990. At that time, the full impact and devastation of Thatcher’s policies had hit the nation. During the speech, Benn talked about having recently been on a crowded train, where people had been tapping away on calculators and not interacting or making eye contact with one another. It represented what Britain had become under Thatcherism: cold, selfish, narcissistic and an erosion of a sense of community.
The train broke down. As time went by, people began to talk with one another, offer each snacks and shared stories. Benn said it wasn’t too long before that train had been turned into a socialist train of self-help and comradeship. Human nature had finally shone through on that train and had overcome the hypocritical and damaging ‘values’ that had been rammed down the throats of the Brits under Thatcherism.
For Tony Benn, socialism wasn’t merely an ideology, it was human nature, the type found on that train. In words, deeds and personas, Tony Benn and Bob Crow embodied the genuine notion of socialism, the best aspects of ‘human nature’.