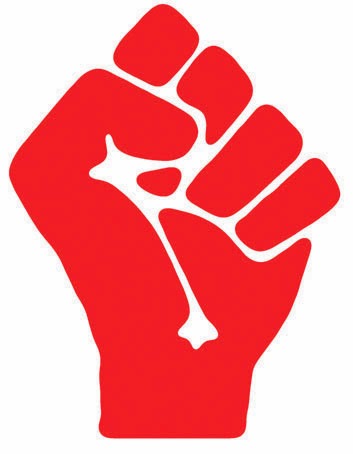 British Chancellor George Osborne this week announced massive cuts of £25 billion after 2015. This included further welfare cuts of £12bn. Osbourne said that 2014 would be a year of hard truths. He claimed that his economic policies were working, but admitted that the bad news is there’s still a long way to go.

He warned of more years of cuts to public services and the public sector by saying £25bn would be cut over two years after 2015. That is in addition to £17bn cuts this year and £20bn next year. Osbourne argued that government is going to have to be permanently smaller and so too is the welfare system.
When he says ‘welfare system’ does he also include cutting back the massive handouts given to the arms industry, for example, which amounts to £890 million per year according to the Campaign Against the Arms Trade (1), or the billions given to the private sector via the ‘corporate dole office’, the Department of Trade and Industry (now called the Department for Business Innovation and Skills)? Or does he exclude such types of corporate welfare dependency (2)?
What is interesting about this attack on the public sector by millionaire Osbourne and the rest of the millionaires in the British Cabinet is that the mantra that such cuts are necessary has been repeated endlessly over the past few years to the point that many of the public believe it’s true. But it’s not. Cuts are not necessary. It is ideology wrapped up in neo-liberal economic dogma that masquerades as ‘truth’. But it’s a big lie. It’s secular theology that the mainstream media never challenges and simply perpetuates.
’s problems are not the result of spending on public services. In 1945, the debt was bigger than today, but created the welfare state. In the 1960s, during an era of full employment, the debt was also bigger than now. In 2006, before the crisis, spent more on public services than now, but there was no talk of cutting back the public sector.
The roots of the crisis (across Western economies) lie not in public sector spending but in a process that has seen the shifting balance of political and economic power towards elite interests. In the 1980s, much of ’s manufacturing industry was outsourced or run down, the union movement was attacked and almost decimated and wages have been depressed or have fallen in real terms over a number of years. To compensate for the hollowing out of the economy and driving down wages, low pay and increasing underemployment, credit became the short-term remedy for stimulating demand.
While profits during the last decade were higher than in the previous three decades, unemployment and underemployment have become a fact of life for millions (3). This is the outcome of the type of ‘globalization’ we have been witnessing and the lies that underpin it (4). It is the consequence of what David Rothkopf in this book ‘The Global Power Elite and The World They are Making’ says is the global elite’s plundering of nations.
The economic crisis is not due to lavish spending on public services, but the shattering of the post-war Keynesian consensus, based on notions of fairness, and consequent low demand and over investment, neo-liberal (low taxation – or no taxation for the corporate tax cheats) economic policies, a debt bubble economy and the massive welfare handout (bail out) to the banking sector. It is also a result of the manipulations within the unregulated financial sector (which was supposed to be the bedrock of the ‘new’ economy after the manufacturing base was deliberately destroyed), speculation, the criminal use of hedge funds and credit derivatives and all manner of secretive dodgy dealings that burst the bubbles they were intended to sustain. Ordinary folk are now being saddled with the consequences of a system they had no hand in shaping.
But mention the word ‘crisis’ and propaganda about the public sector being the root of all evil is sold to the masses by most politicians and the media.
Osbourne would never mention that the top 1,000 of ’s wealthiest people had an aggregate wealth of £333 bn in 2009. The national debt was half that. In 2009, they increased their wealth by a third (5). It doesn’t take a genius to see how the debt could be addressed. But Osbourne says: “There is no point in pretending that there is some magic wand that the Chancellor can wave to make the whole country feel richer than it actually is.”
And so the plunder of public resources continues.
The priority of Osbourne and his millionaire cronies inside and outside the British Government is not the lives of ordinary people, but to maintain massive profit and to drive down wages and ‘costs’ and keep workers confused and weak.
Quoted in ’s Morning Star newspaper, Communist Party general secretary Rob Griffiths urges taxes on the rich and big business, plus public ownership of energy and public transport. The Unite union general secretary Len McCluskey accuses Mr Osborne of “continuing an unprecedented ideological attack on the state, with ‘s young people in the front line.”
General union GMB general secretary Paul Kenny is also reported as demanding that big corporations must be made to pay their fair share of tax, bringing in billions of extra income. That would amount to a whopping £260 million a day according to economist and taxation specialist Richard Murphy (6).
What is happening in  is a continuation of what Thatcher did in the 1980s, with attacks on ordinary working people in order to allow an ever increasing concentration of power and wealth at the top. To help achieve it, we are witnessing the dismantling of the welfare state.
Mick McGahey, Vice President of the National  of Mineworkers 1972-87:

“We understood the Conservative government’s determination to use the state machine against us. In order to dismember the welfare state, they had to break the trade union movement and they needed to break the miners first.”

McGahey was correct. The current Conservative-LibDem coalition is going further than Thatcher ever did. Osbourne and his cronies in government are mouthpieces for their powerful backers in the City ofLondon. As Labour MP Dennis Skinner observes:

“Osborne is busy lining the pockets of the people at the top of the pile.”