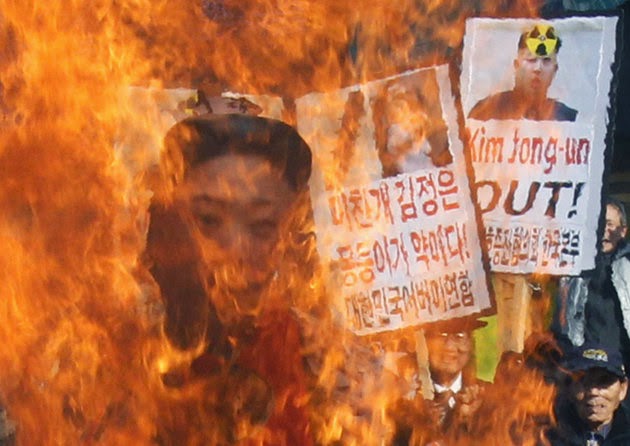 In this brand new video report just released by Paul Begley we learn that North Korea has planned ‘something unimaginable’ before April 30th as Barack Obama prepares to travel to South Korea. With heightened activity being detected at North Korea’s underground nuclear site recently, leading a South Korean spokesman to declare that the North is preparing for another nuclear test, what is it that Kim Jong-un has planned? 2nd video also below shares the secret North Korea in a National Geographic special.

With tensions already so high between North Korea and South Korea and Jong-un’s promise of ‘something unimaginable’ within the next week, is the North Korean leader really that crazy that we would nuke nearby South Korea DURING Barack Obama’s visit there? Jong-un has promised a nuclear strike in the past and with worldwide unrest, a strike of any kind upon the South during an Obama visit would launch a retaliation of the highest magnitude and ignite the timbers already glowing around the world.