A giant sinkhole opened up in Dunedin, Florida on Thursday, which swallowed a boat and a part of a house in a residential neighborhood, prompting an evacuation on the 1000 block of Robmar Road.

The images captured are chilling in nature to know that this could happen anywhere, at any time.

According to Dunedin Fire Rescue Chief Jeff Parks, the hole was 40 feet across and 30 feet deep and still growing!!

One home’s master bedroom and in-ground pool have collapsed into the hole, Parks said, and another home lost a deck and boat when the ground opened up. 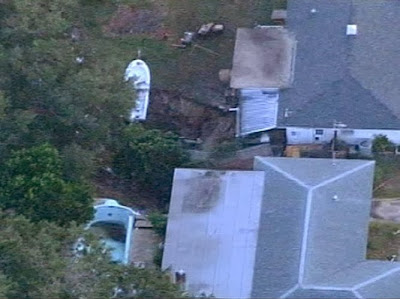 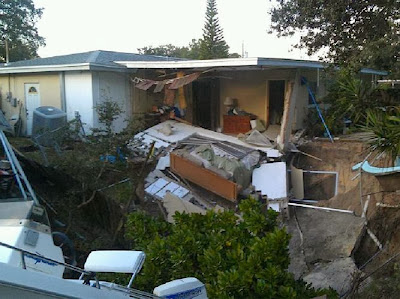