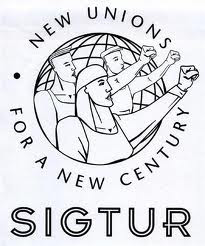 On 24 and 25 June, I participated in the first meeting of the Southern Initiative on Globalisation and Trade Union Rights’ (SIGTUR) Futures Commission. The meeting was hosted by Eddie Webster in the Chris Hani Institute in Johannesburg/South Africa and supported by the Rosa Luxemburg Foundation. A group of left-wing intellectuals and trade union representatives was entrusted with the task to undertake the first steps towards developing concrete alternatives to neo-liberal globalisation. In this post, I will reflect on some of the key discussions during the two days.

Colonialism and the question of capitalism
It became clear early on that the location of the workshop and the background of the participants mattered. SIGTUR is an initiative of trade unions in the Global South including Australian, South Korean, Indian, Brazilian and Argentinian trade unions in addition to COSATU from South Africa. One of the key aspects they have in common, with the exception of Australian unions, is their joint history of colonialism and liberation struggles. Unsurprisingly, neo-liberal globalisation is not simply regarded as the latest epoch of capitalism. It is viewed as a continuation of colonial policies, characterised by the extraction of minerals and agricultural goods for the industries of developed countries as well as the destruction of home grown industries. These policies continued in the 1950s and 1960s as part of national development projects, devised by the core for countries in the periphery of the global economy, and have been further intensified since the 1970s with the onset of globalisation and the related general deregulation and liberalisation of national policy space. Inevitably, in contrast to similar workshops organised in industrialised countries, frequent demands were made for proposals, which do not only reform capitalism, but provide a transformative path towards socialism in the 21st century.

Second, the fact that the workshop took place in South Africa influenced the debates. Almost twenty years after the first democratic elections in post-Apartheid South Africa, the country is characterised by high level unemployment and enormous economic inequality between the rich and poor. These tensions exploded in the so-called Marikana massacre, when policy killed 34 striking miners within three minutes on 16 August 2012 (see  The Marikana Massacre and The South African State’s Low Intensity War Against The People; and The Dance of the Undead – Not only at Marikana, Not only in South Africa …). In order to overcome South Africa’s triple crisis of unemployment, poverty and inequality, Zwlinizima Vavi, General Secretary of COSATU, demanded at the workshop a second phase of transformation in South Africa. With the political transformation accomplished since 1994, it was now time to tackle rising economic inequality. Counter neo-liberal policies were to include a shift towards state ownership and nationalisation of some parts of the economy, the stop of South African capital exports through capital controls and the punishment of capital speculation, as well as the provision of comprehensive welfare services. What South Africa needed, he concluded, was its own Lula moment, a reference to Brazil’s former President, who had presided over policies of wealth re-distribution towards the poor.

Of course, Marikana is a key example of how the capitalist crisis also fragments workers and induces disunity within the labour movement. While Marikana is specific to South Africa, similar tensions can be noted elsewhere and mass mobilisation against neo-liberal economics was identified as the only possible way forward towards overcoming economic and social inequality as well as fragmentation.
Collective bargaining as a way of transformation?

The Global South including South Africa has always been characterised by a large informal sector. Hence my surprise, when Neil Coleman from COSATU introduced a revived system of sectoral collective bargaining as a transformative way forward. He outlined the Brazilian experience, where the state had been successful at boosting domestic demand levels through an emphasis on collective bargaining combined with a national minimum wage policy. Undoubtedly, millions of Brazilians have been lifted out of poverty as a result of state policies. Whether these policies including collective bargaining are, however, transformative or simply reform based was left open. In my view, it is difficult to see how collective bargaining would improve the livelihood of mostly black people living in the sprawling townships around Johannesburg and working in the informal economy.
‘Embedded free trade’ or ‘fair trade’?
Against the background of capitalism’s uneven and combined development, it is not surprising that there are tensions over ‘free trade’ policy in the international labour movement. While unions in the North often support free trade agreements (FTAs), as they consider them to secure the jobs of their members, labour movements in the Global South are critical as it leads to deindustrialisation and the loss of jobs (see Trade unions, free trade and the problem of transnational solidarity).
An interesting discussion ensued over how to label an alternative trade regime. While I argued in favour of ‘embedded free trade’ in order to facilitate an engagement with Northern trade unions, which generally view ‘free trade’ positively, colleagues from Southern trade unions opted for ‘fair trade’ in order to indicate a more radical break from current trade policies.

The re-establishment of national policy space is clearly an essential element of an alternative trade regime. It would allow governments to protect infant industries until they are competitive, provide space for capital controls and the regulation of transnational corporations, as well as provide the possibility to emphasise food sovereignty over free trade by agribusinesses. And yet, it is also clear that while this would help to reform the current ‘disembedded free trade’ regime, where the WTO not only furthers the trade in goods, but also pushes trade in services and agriculture, as well as expands regulations into investment rules and intellectual property rights, it would not be enough to move beyond capitalism towards socialism. Ultimately, capitalist exploitation is rooted in the way production is organised around wage labour and the private ownership of the means of production and, as a result, capital maximises profits in the exploitation of workers. Only if the way of how production is organised is changed, can there be a transformation of the current system.

Climate Change and the future of Green Capitalism
Jacklyn Cock from the SWOP Institute made clear that the current focus by capital on the green economy was ‘the wolf in sheep clothing’. The trading in carbon emissions will simply lead to a financialisation and further commodification of the environment. The expansion of the market into all aspects of nature would not protect, but further destroy the environment. On the other hand, the change to a low carbon economy could be change towards a real alternative to neo-liberalism. Here, the immediate task would be the formation of alliances with other movements including especially environmental groups. The immediate request should be for food and energy sovereignty, linking justice to sustainability by empowering people to decide for themselves what to grow and what type of energy to use.

Dinga Sikwebu from the South African metalworkers’ union Numsaoutlined how capital was increasingly focusing on extreme energy generation including fracking, tar sands and further extensive use of coal. Renewable energy was clearly the way forward from a labour perspective. In contrast to Northern campaigns around jobs related to the green economy, however, he pointed out there are actually not that many jobs, which will be created as a result of a shift towards renewable energy. Hence, other arguments for an alternative energy policy, which resonate with workers, are needed. Considering that in South Africa many manufacturing workers still owned a piece of land, which they cultivate when not at work, a possible way forward would be to point out that all citizens will be negatively affected by climate change. In their role as farmers, manufacturing workers too notice the changing climate with different rain seasons than in the past. Unsurprisingly, Numsa, together with the agricultural workers’ trade union, is currently involved in a campaign for land reform linking up different trade unions and social movements. Nevertheless, Dinga Sikwebu also made clear that a shift to renewable energy in itself was not enough. For a real shift towards eco-socialism, it was necessary to move away from market-based incentives towards social ownership and democratic control of all types of energy generation, echoing Jacklyn Cock’s request for food and energy sovereignty.

The key challenge of moving into this direction was, according to Rob Lambert, the co-ordinator of SIGTUR, to find a solution to the question of how to connect trade unions in the workplace with movements of the dispossessed. He identified the limits to liberal representative democracy and demanded that trade unions urgently needed to restructure themselves from hierarchical, bureaucratic organisations into agents, which welcome diversity, direct democracy and independent initiatives by its members. If this is combined with a focus on issues beyond the workplace, as in the case of Numsa and its participation in a campaign for land reform, then the kind of forces may be available, which are needed to push successfully for transformation.
The development of alternatives through experiments in concrete struggles

Clearly, conceptual and strategic discussions are necessary in the search for alternatives to neo-liberal globalisation; alternatives, which are focused on human well-being and development in contrast to capital’s maximisation of profits. Nonetheless, concrete alternatives to capitalist social relations of production can only be developed on the ground in concrete struggles and the interplay between ideas and action. Moreover, alternatives which work in one part of the world may be unsuitable for other parts. No blueprint can be prescribed. 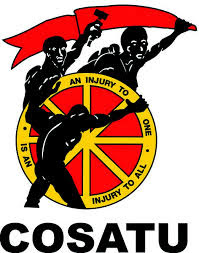 Hence, perhaps the next step in the search for alternatives could be a focus on concrete experiments of establishing a non-capitalist economy? In the area of ‘free trade’, for example, the Bolivarian Alliance for the Americas (ALBA) is already one practical example in this respect. At its beginning in 2004 was a treaty between Venezuela and Cuba with the former providing petroleum to the latter at very favourable prices in exchange for doctors and teachers from Cuba, working in some of Venezuela’s poorest states. Direct negotiations between the two countries had replaced a reliance on prices set by the market. A more in-depth analysis of this and other alternative economy examples may be the way forward in the search for alternatives by the Futures Commission.