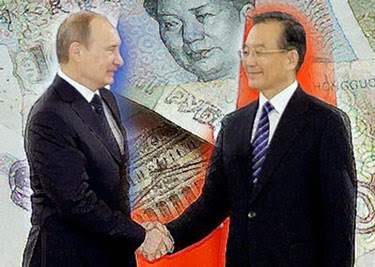 The expression “follow the money” has never been more appropriate. If the military preparations, threats and warnings from the Obama administration isn’t enough to convince the general public that war is on the horizon, then watching China and Russia dump billions in USD and Euros should be a huge red flag and wake up call.

Over $15 billion has been “reallocated from the Fed’s custody accounts,” by Russia and China, taking their money out before the Ukraine/Crimea referendum is voted on, in preparation for the US to attempt to freeze Russian assets, which are no longer there because the smart money is moving ahead of war.

This also holds the possibility that with such a large amount being dumped as China and Russia prepare, US banks could be forced to shutdown.