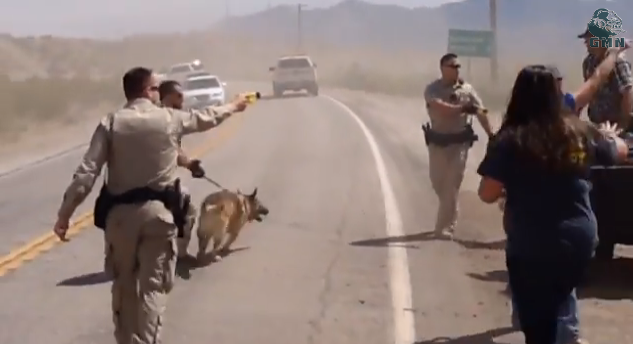 A revolution without a shot fired is possible, and for those that have been wringing their hands over what they have been watching happen to the US and wondering what a single person can do about it, there is plenty.

Quick recap: Cliven Bundy is a racher who in the early 1990s was told that the area he allowed his cattle to graze was all of a sudden off limits, as dictated by the Bureau of Land Management (BLM), in order to save some tortoises. He refused to comply since his family had been using that area for longer than the BLM even existed.

After a long, drawn out battle, now the federal government has come in, surrounded the family, set up de facto martial law, assaulted his son, stolen his cattle, killing many in the process, set up a “First Amendment free speech area,” and have terrorized the whole community in Nevada in the process.

BIN friends and contributor Pete Santilli is there, militias are vowing to go stand with Mr. Bundy, the community is standing with him, and in the video below we see that Blaine Cooper and friends are heading there as well.

For those that cannot travel to stand with them against this brutal regime of federal agents, there is quite a bit that can be done.

CALL – The Nevada Governor Brian Sandoval issued a statement of concern over the “free speech” area set up by the fedeal government, Rangers, BLM and other agents, but he hasn’t got off his behind to show up in support of Mr. Bundy….. call his office and express your outrage over what these terrorists in the US government are doing to him.

Call the Senator, the sheriff’s office, every media outlet you can think of that is NOT reporting this situation.

EMAIL: Follow up with emailing all of the above entities, encourage your friends and family to do the same.

Now is the time to stand up and be heard because one person can make a difference when one person becomes two, two becomes four, four becomes eight, and so on……..

Now is the time for a Revolution……. now is the moment we say enough…….not through violence, but with sheer numbers.