But that’s impossible, isn’t it? 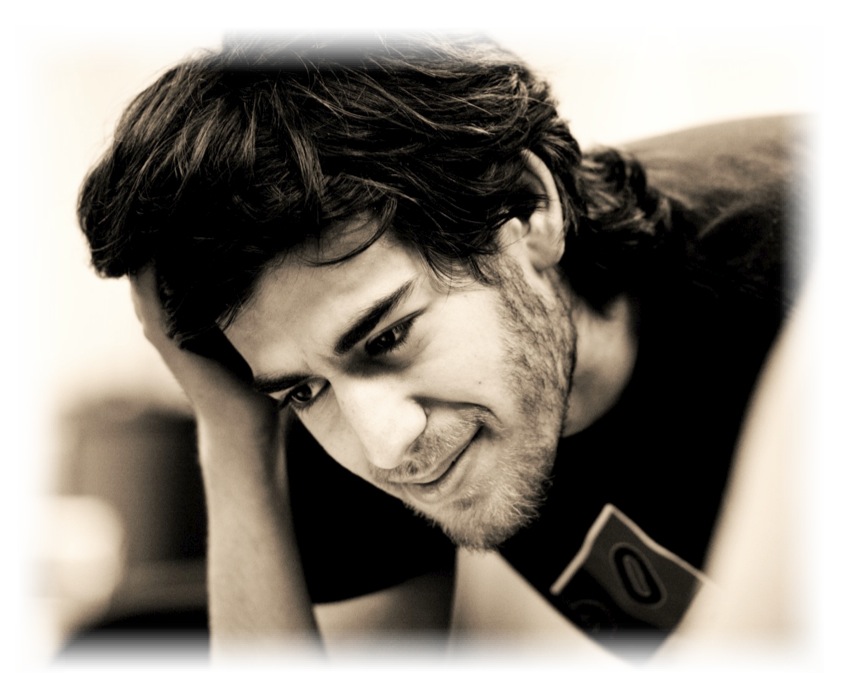 Thank you for troubling us, Aaron. You are trouble, but very good trouble.

Socrates’ suicide, like yours, was a state-sponsored execution. And like Socrates in death, you’ve conferred an immortal obligation on the living to resist the temptation to let the rulers attach their strings, the strings that turn us from people with hearts into puppets with property.

Rest in peace, Aaron Swartz. And I promise you, I won’t.

On Tuesday, a coalition of civil liberties organizations joined under the banner, “The Day We Fight Back,” will commemorate the death of Aaron Swartz with a push to limit a national security surveillance apparatus gone berserk.

To honor Swartz, the Robin Hood of the Information Liberation Front, I am publishing again the story I wrote about him for Vice Magazine one year ago, shortly after his death, “Aaron Swartz Died for Piers Morgan’s Sins.”

HELP US FOLLOW THE MONEY. Visit thePalast InvestigativeFund’s store or simply make a tax-deductible contribution to keep our work alive!