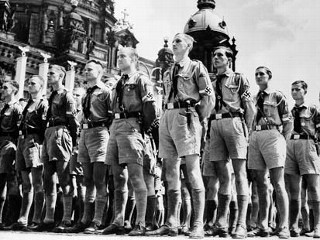 “[The aim of public education is not] to fill the young of the species with knowledge and awaken their intelligence. . . . Nothing could be further from the truth. The aim . . . is simply to reduce as many individuals as possible to the same safe level, to breed and train a standardized citizenry, to put down dissent and originality. That is its aim in the United States…”–Henry Mencken, American Journalist (April 1924)

How do you persuade a nation of relatively freedom-loving individuals to march in lock step with a police state? You start by convincing them that they’re in danger, and only the government can protect them. Keep them keyed up with constant danger alerts, and the occasional terrorist incident, whether real or staged. Distract them with wall-to-wall news coverage about sinking ships, disappearing planes and pseudo-celebrities spouting racist diatribes. Use blockbuster movies, reality shows and violent video games to hype them up on military tactics, and then while they’re distracted and numb to all that is taking place around them, indoctrinate their young people to your way of thinking, relying primarily on the public schools and popular culture.

After all, public education the world over has always been the vehicle for statist propaganda of one sort or another, whether it’s religion, militarism, democracy or totalitarianism, and America is no exception. In fact, today’s public schools, far from being bastions of free speech, are merely microcosms of the world beyond the schoolhouse gates, and increasingly, it’s a world hostile to freedom.

As I show in my book A Government of Wolves: The Emerging American Police State, within America’s public schools can be found almost every aspect of the American police state that plagues those of us on the “outside”: metal detectors, surveillance cameras, militarized police, drug-sniffing dogs, tasers, cyber-surveillance, random searches, the list goes on. Whether it takes the form of draconian zero tolerance policies, overreaching anti-bullying statutes, police officers charged with tasering and arresting so-called unruly children, standardized testing with its emphasis on rote answers, political correctness, or the extensive surveillance systems cropping up in schools all over the country, young people in America are first in line to be indoctrinated into compliant citizens of the new American police state.

Zero tolerance policies, which punish all offenses severely, no matter how minor, condition young people to steer clear of doing anything that might be considered out of line, whether it’s pointing their fingers like a gun, drawing on their desks, or chewing their gum too loudly. Although the Obama administration recently called on schools to rethink how they discipline and punish students who misbehave, their guidelines to help schools re-evaluate their disciplinary policies fail to address the source of the problem: the quasi-prison atmosphere of public schools.

Surveillance technologies, used by school officials, police, NSA agents, and corporate entities to track the everyday activities of students, accustom young people to life in an electronic concentration camp, with all of their movements monitored, their interactions assessed, and their activities recorded and archived. For example, the Department of Education (DOE) has created a system to track, archive and disseminate data on every single part of a child’s educational career with colleges and state agencies such as the Department of Labor and the offices of Technology and Children and Family Services. The system relies on a database called inBloom, which is funded by corporate magnates such as the Bill and Melinda Gates Foundation and Rupert Murdoch’s News Corp. DOE has also received $40 million from various state and federal agencies to help fund the program.

Metal detectors at school entrances and police patrolling school hallways acclimatize young people to being viewed as suspects. Funded in part by federal grants, school districts across the country have “paid local police agencies to provide armed ‘school resource officers’ for high schools, middle schools and sometimes even elementary schools.” As the New York Times reports, “Hundreds of additional districts, including those in Houston, Los Angeles and Philadelphia, have created police forces of their own, employing thousands of sworn officers.” The problem, of course, is that the very presence of these police officers in the schools results in greater numbers of students being arrested or charged with crimes for nonviolent, childish behavior. In Texas, for example, school police officers write more than 100,000 misdemeanor tickets a year, each ticket amounting to hundreds of dollars in court fines–a convenient financial windfall for the states. All too often, these incidents remain on students’ permanent records, impacting college and job applications.

Weapons of compliance, such as tasers which deliver electrical shocks lethal enough to kill, not only teach young people to fear the police, the face of our militarized government, but teach them that torture is an accepted means of controlling the population. It’s a problem that has grown exponentially as the schools have increasingly clamored for–and hired on–their own police forces. One high school student in Texas suffered severe brain damage and nearly died after being tasered. A 15-year-old disabled North Carolina student was tasered three times, resulting in punctured lungs. A New York student was similarly tasered for lying on the floor and crying.

Standardized testing and Common Core programs, which discourage students from thinking for themselves while rewarding them for regurgitating whatever the government, through its so-called educational standards, dictates they should be taught, will create a generation of test-takers capable of little else, molded and shaped by the federal government and its corporate allies into what it considers to be ideal citizens. Incredibly, despite the fact that the U.S. invests more money in public education (roughly $8,000 per child per year) than many other developed countries, we rank 27th in the world for school educational achievement.

Overt censorship, monitoring and political correctness, which manifest themselves in a variety of ways, from Internet filters on school computers to sexual harassment policies, habituate young people to a world in which nonconformist, divergent, politically incorrect ideas and speech are treated as unacceptable or dangerous. In such an environment, a science teacher criticizing evolution can get fired for insubordination, a 9-year-old boy remarking that his teacher is “cute” can be suspended for sexual harassment, students detected using their smart phones during class time can be reported for not paying attention in class, and those accused of engaging in “bullying, cyber-bullying, hate and shaming activities, depression, harm and self harm, self hate and suicide, crime, vandalism, substance abuse and truancy” on social media such as Twitter or Facebook, will have their posts and comments analyzed by an outside government contractor.

So far I’ve only mentioned what’s happening within the public schools. It doesn’t even begin to touch on extracurricular activities such as the Explorers program, which trains young people–“ages 14 to 21 who have a C average”–to be future agents of the police state. Explorers meet weekly, train for competitions and spend their weekends working on service projects. In one Border Patrol training exercise, teenagers as young as 14, suited up in military gear with lethal-looking airsoft guns, were “instructed on how to quiet an obstreperous lookout,” reports the New York Times. “Put him on his face and put a knee in his back,” a Border Patrol agent explained. “I guarantee that he’ll shut up.”

Then there’s the military’s use of video games and blockbuster movies to propagandize war and recruit young people. Thanks to a collaboration between the Department of Defense and the entertainment industry, the American taxpayer is paying for what amounts to a propaganda campaign aimed at entrenching the power of the military in American society. As author Nick Turse points out, “Today, almost everywhere you look, whether at the latest blockbuster on the big screen or what’s on much smaller screens in your own home – likely made by a defense contractor like Sony, Samsung, Panasonic or Toshiba – you’ll find the Pentagon or its corporate partners.”

What’s really unnerving, however, are the similarities between our own system of youth indoctrination and that of Nazi Germany, with its Hitler Youth programs and overt campaign of educational indoctrination. Now before I’m drowned out by howls of outrage, note that while I am not suggesting the United States is deliberately attempting to raise up a generation of Hitler Youth, our schools and society at large are teaching young people to march in lockstep with the all-powerful government–which may be just as dangerous in the end.

You don’t have to take my word for it. The United States Holocaust Memorial Museum provides some valuable insight into education in the Nazi state, which was responsible for winning “millions of German young people … over to Nazism in the classroom and through extracurricular activities.” The similarities are startling, ranging from the dismissal of teachers deemed to be “politically unreliable” to the introduction of classroom textbooks that taught students obedience to state authority and militarism. “Board games and toys for children served as another way to spread racial and political propaganda to German youth. Toys were also used as propaganda vehicles to indoctrinate children into militarism.” And then there was the Hitler Youth, a paramilitary youth group intended to train young people for future service in the armed forces and government.

Hitler himself recognized the value of indoctrinating young people. As he noted, “When an opponent declares, ‘I will not come over to your side, and you will not get me on your side,’ I calmly say, ‘Your child belongs to me already. A people lives forever. What are you? You will pass on. Your descendants however now stand in the new camp. In a short time they will know nothing else but this new community.’”

We’re certainly not doing ourselves or our young people any favors by allowing them to be indoctrinated into a police state mindset from early on, with no knowledge that they have any their rights or any sense that they are the descendants of revolutionaries who stood up to tyrannical regimes. 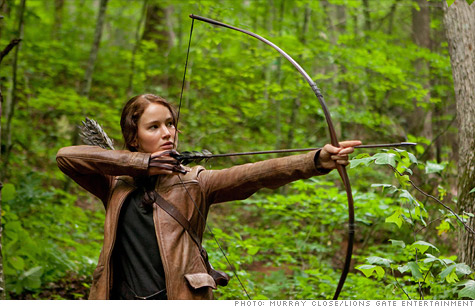 If there is one glimmer of hope for this younger generation, it may be found in the unlikeliest of places: young adult literature, specifically dystopian literature, which is all the rage among young people today. Serial books such as Harry Potter, The Hunger Games, The Bone Season and The Giver all speak to a growing awareness among young people that the future awaiting them is far from secure, and that freedom ultimately rests in their ability to take on the powers-that-be.