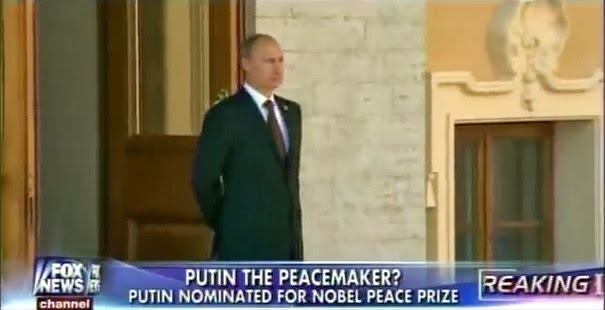 In the public media battle for the hearts and minds of the general populace of multiple countries, during a time of massive upheaval across the globe, specifically the Ukraine where the West, including the US, has spent $5 billion to overthrow the elected president and Vladimir Putin swept in to “protect the Russian speaking population” in the Crimea region, a huge boost for Putin comes as he is now been nominated for the Nobel Peace Prize as “Putin the Peacemaker.”

More discussed in the videos below.

(Well, Obama won it, so this is par for the course right?)