By the age of fifteen, Rick Rowley was doomed – born in the middle of Nowhere, Michigan, a wasteland of rust and snow so awful we let autoworkers have it.

As a kid, Rick would put his head down on the railroad track and wait for the rare vibration of a train on the move far away. He was fifteen years old on the day he got up and followed the hum down the track. He walked for over two hundred miles, surviving on peanut butter and Wonder Bread all the way to Motor City: Detroit. 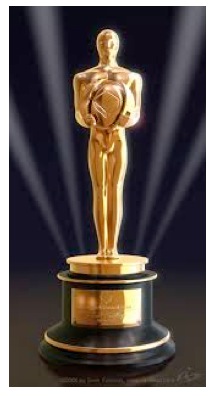 Rick wasn’t running away; his parents were OK. He was running to something; who knows what the hell it was.

Rick never made it back to Nowhere. He listened. He looked. And he found that other people’s stories were more important than his own. Along the way, he picked up a small camera that listened and looked with him.

He found more stories in Argentina documenting the IMF riots followed by six months in the Yucatan jungle, learning Spanish with the Zapatista guerrillas, who named him Ricardo. Somewhere along the way, there was a stretch at Princeton University, then several stints with his tiny camera in Iraq, in Afghanistan, and in Lebanon, with Hezbollah.

He held the little thing, that digital camera, weirdly, cradled like an infant. The first time he filmed for BBC News, at my insistence, that bastard Jones said, “What’s that? Some kind of toy camera?”

Ricardo doesn’t like to talk about himself. It took three deadly potent drinks at a bar in West Africa to find out about the railroad track, Hezbollah, Princeton.

Ignoring Jones’s advice, he made it back to Iraq to catch warlord Abu Musa’s last arrogant words before Abu was blown into small wet pieces. Rick’s a lucky guy. *   * *
This Sunday, March 2, unless God is a scoundrel, Rick Rowley will win the Academy Award for Best Documentary, as Director and Cinematographer of Dirty Wars, his stunning collaboration with investigative reporter Jeremy Scahill.

Rowley – the Ricardo of Vultures’ Picnic, excerpted above – is not part of the Palast Investigative Team: he is the team. All I do is step in front of his savvy lens.

This week, to celebrate Rowley’s long-overdue Academy Award, the Palast Investigative Fund is offering the Rick-o-rama Pack: three DVDs filled with Rowley’s global-spanning reports for BBC Television, Democracy Now and Al Jazeera. For a tax-deductible donation of $90, you get…

â Vultures and Vote Rustlers  (just released)
Rowley and Palast from Bosnia to the Congo to darkest New York, going after billionaires who would buy and burn our planet. â The Assassination of Hugo Chavez
Rowley and Palast in Caracas with Hugo and under the volcano in Mexico City. The no-BS story of Latin America you won’t get on CNN.

â Dispatches #06 —
From Rowley’s own production company, Big Noise Films, a compendium of his best stuff, including his jaw-dropping short, White Power, from inside a skinhead organization. And there’s the footage of our dawn stake-out of a financier that would make a vampire blush.

Or, just pick up a signed copy of the DVD Vultures and Vote Rustlers for a minimum donation of $40. Available only from the Palast Investigative Fund.

Congratulations, Ricardo. And to the Hollywood moguls in the Academy who did not vote for Rowley’s and Scahill’s Oscar, let me remind you: we know where you lunch.

Greg Palast’s new film, Vultures and Vote Rustlers, based on his reports for BBC Television and Democracy Now, is available on DVD and as a download.