On last week’s TTiVLIVE!, host Bobby Powell revealed a connection between Maj. Gen Paul Vallely and Temple of Set founder Lt. Col. Michael Aquino, an avowed Satanist and cult leader. In 1980, the two had co-authored a paper that detailed how to control crowds, cities, countries, and even the world, using PSYOPS.

Vallely has a large following and has been extremely vocal, calling for an “American Spring” modeled on the Egyptian “Arab Spring.” Lest we forget, the “Arab Spring” was a movement led by the Muslim Brotherhood and their military wing of al-Qaeda terrorists. This writer finds that very interesting to note, particularly when taking into consideration Vallely’s visits to, and support of, al-Qaeda terrorists in Syria. In this episode of The Truth Is Viral, the viewer will see video of the General swapping spit with Free Syrian Army (al-Qaeda) operatives in Syria, further damaging his credibility.

The most important part of this episode however, is information received from Col. Harry Riley, the founder of Operation American Spring, who stated in no uncertain terms that Vallely has no official connection to OAS in an email to me as well as on the air in an interview with Pete Santilli. The viewer will also hear that interview during which Col. Riley talks about Vallely and the direction in which he hopes the country will turn.

The American People will not be ignored by their “representatives” in Congress any more. They are sick and tired of the lies, criminal acts, and outright Treason being committed by members of the Obama administration. They are sick and tired of the refusal of Congress to act on any of the obviously impeachable offenses committed by Barack Hussein Obama and his minions as well. 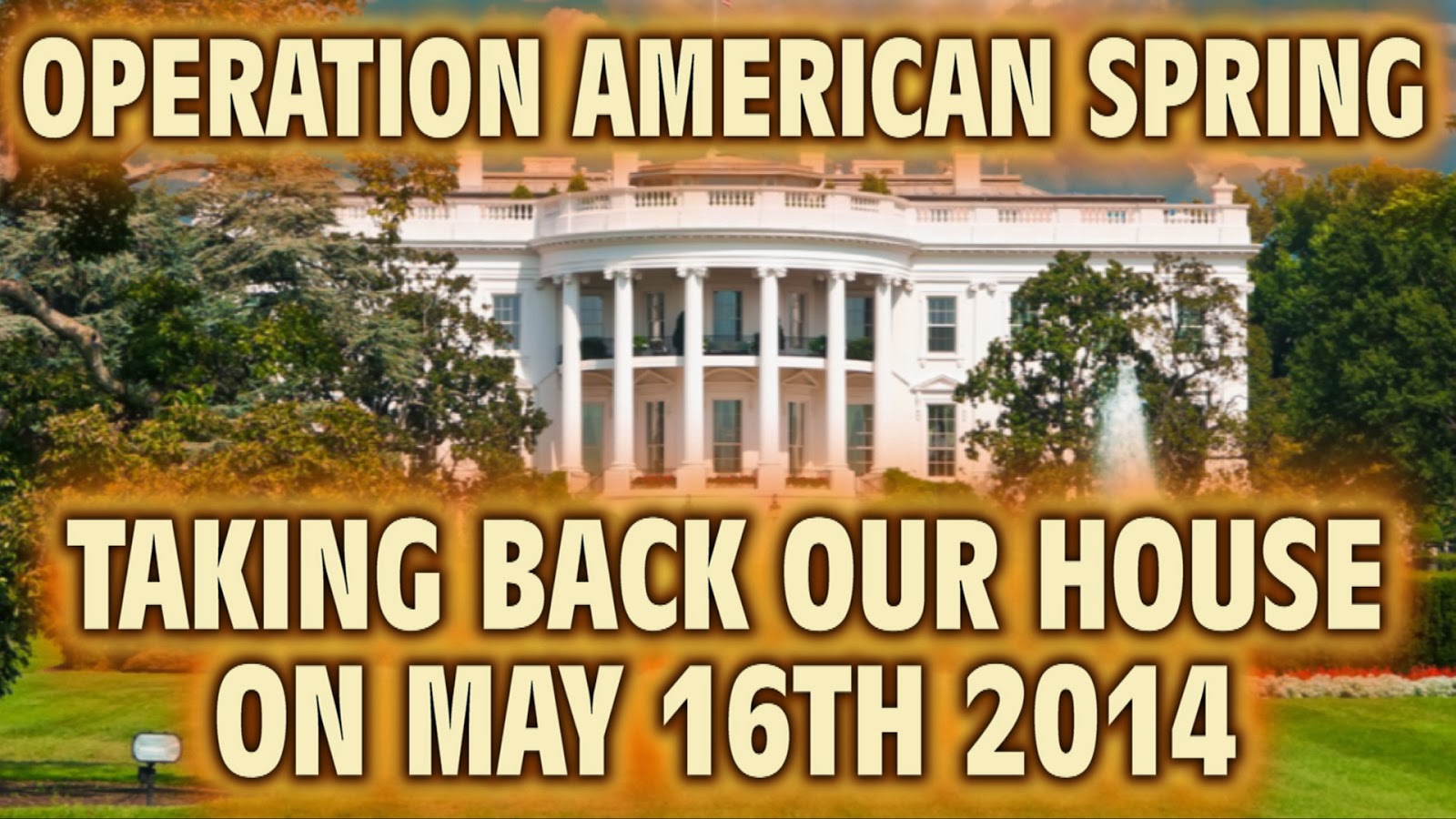 On May 16th 2014, Operation American Spring will go forward, possibly the very last opportunity that the American people will ever have to force Congress to take immediate action that will reign in an Executive that has taken on the mantle of Tyrant.

The Truth Is Viral, and Publisher/Editor-in-Chief Bobby Powell, supports the idea of 30 million-plus born free American citizens descending on the nation’s capitol to take back the power granted to them by the Constitution. The criminals “in charge” of this country must, and will, be held to account for the Treason committed against the People of this great nation.

30 years ago during an interview this writer conducted with folk singer Arlo Guthrie, the anti-war icon was asked, “What did it feel like to be one of the leaders of a movement that put an end to the Vietnam War?” Guthrie replied, “I thought it was cool to be part of a movement that didn’t need any leaders.”

If Operation American Spring is to be successful, it will only be made so by millions of individual Americans coming together to say with one voice, “We’re mad as hell, and we’re not going to take it anymore!” No one person, or group of people, will be able to seize back the power stolen from the American People through decades of governmental deception. It is going to take all of us acting in concert to show Congress exactly how serious we are: A movement without any leaders.

The only way that will happen, the only way the requisite tens of millions of people will take part in this event, is if they know about it. On 9/11/13, 1.3 million bikers roared through the nation’s capitol, Tea Party protestors tore down the “Barrycades” that blocked access to the nation’s memorials and threw them at the White House; and Barack Obama was so scared that he got into Marine One and got the Hell out of Dodge. But because it was a one day event, the government was able to wait it out as the story was largely ignored by the Lamestream media.

When we go to Washington D.C. on May 16th, we need to be prepared to stay until Barack Obama, Eric Holder, Nancy Pelosi, Harry Reid et al – and the spineless Republicans like John McCain and Lindsay Graham that enable them – have been arrested and charged with Treason, and the country has been returned to a Constitutional state.

Col. Riley’s press office has promised to make him available for an interview on TTiV this week. After that interview, TTiV will issue an official editorial position on Operation American Spring; but for the moment, after hearing what Col. Riley had to say about Maj. Gen. Vallely, this writer sees no reason not to move forward with plans to retake our Republic under the banner of OAS.