The United States is teetering on the brink of a Second American Revolution. Last September 11th more than 1.3 million bikers roared through Washington D.C., letting Congress and the President know in no uncertain terms that they have been put on notice: The People are angry. They are tired of the lies coming from the Obama administration and the inability, or the unwillingness, of Congress to reign in an increasingly tyrannical Executive branch.

On May 16th 2014 an organization called Operation American Spring, the brainchild of Silver Star recipient Col. Harry Riley, wants to give the government one last chance to self-correct. Col. Riley has called for a protest modeled after the Egyptian protests that not only deposed former President Hosni Mubarack, but his Muslim Brotherhood-backed successor Mohammed Morsi as well. 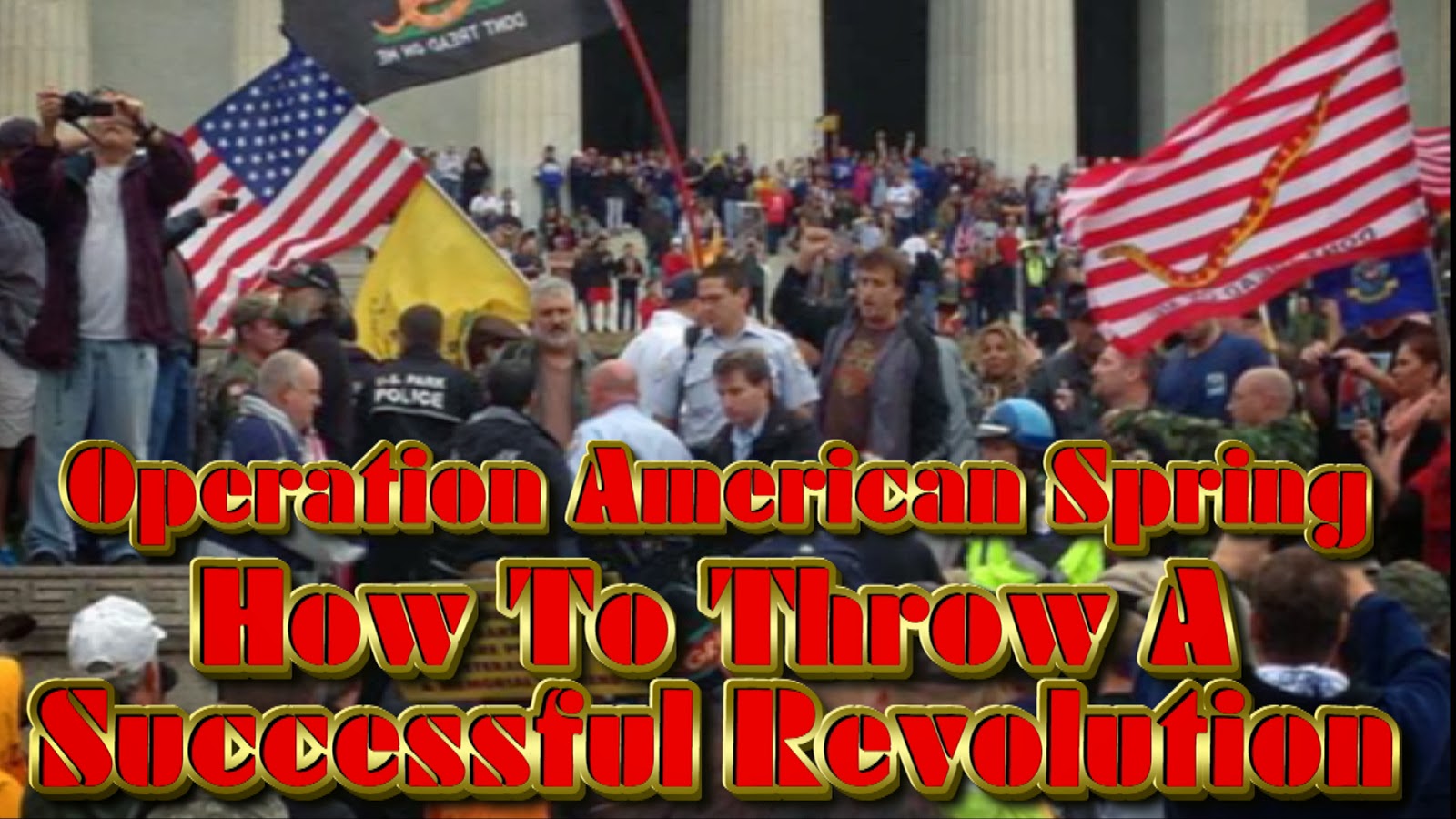 Col. Riley has called for 30 million unarmed Patriots to show up in Washington D.C. on the 16th, and for millions of them to remain in the city until the administration’s biggest criminals have been deposed and a new government installed. Those in power will not give it up willingly, the blood of Patriots may need to be shed.

Col. Riley’s plan calls for a non-violent, unarmed protest in the nation’s capitol. Non-violent protest has always been the editorial policy of The Truth Is Viral, and that policy will continue as we support Operation American Spring; but TPTB may not (probably does not) share that policy.

Freedom isn’t free as the saying goes. Thomas Jefferson famously wrote that “From time to time the Tree of Liberty must be refreshed with the blood of Patriots and Tyrants.” If the time has come for blood to be spilled, let it be our blood. Let them fire the first shot and show the world the extent of their criminality. Let us conduct ourselves with Honor and Courage so that neither history, nor God Almighty, can fault our actions on May 16th and beyond.

May God Protect Us All.
God bless and Semper Fi,
Bobby