“Barack Obama Must Die.” That is the name of a new Facebook page that has already earned the page owner over a dozen death threats, even though he states that his only motivation is to show that Barack Obama, like all biological organisms, must eventually succumb to nature and expire. At least that is the legal motivation that keep this page, and other similar pages, on the popular social networking site.

“J,” the creator of the page, also says that part of his motivation was to show the hypocrisy of the Left which didn’t seem to mind pages with the names “George Zimmerman Must Die” or “Cliven Bundy Must Die” that have been allowed to remain up by Facebook. 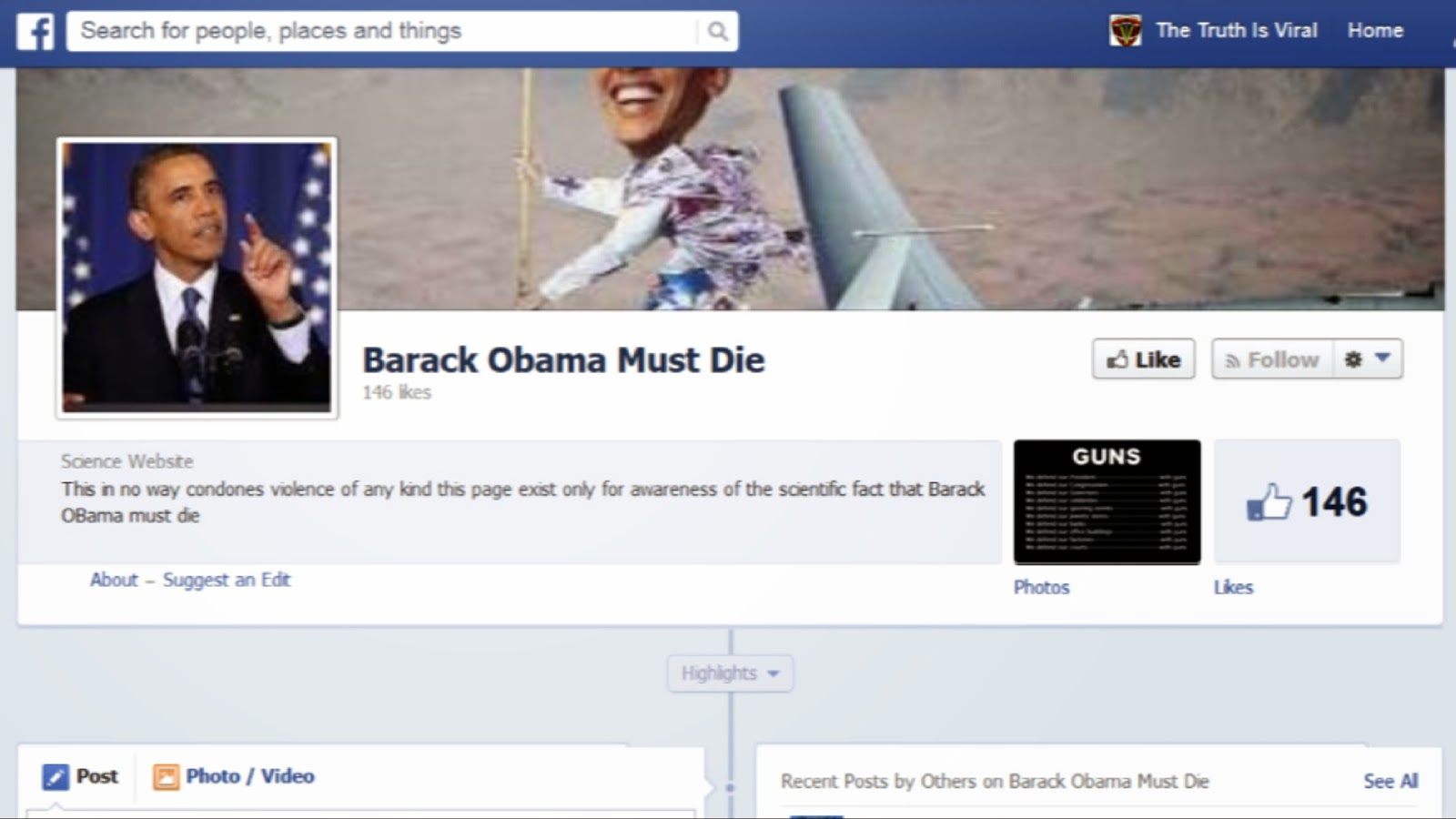 This parody Facebook page has drawn the Liberal Left in like flies, and some posters have been none too shy about wishing the most vile forms of death on not only page owner “J,” but on his children as well. “J” children, ages 11 and 16, have been threatened with being burned to death.

As a Libertarian, this author has been in heated debates with those on the Left and on the Right; but my experiences have shown that only those on the Left are prone to making such disgusting remarks, and the further Left one leans, the more that signs of true psychopathy are revealed. Just last year, for the “crime” of disliking the blasphemous album art of rap “artist” The Game, this author’s children were also threatened with being burned alive as they slept in their beds; my wife was threatened with gang rape. (Click to read that story and watch the video.)

In other words, Liberalism is a mental illness.

Asked if he had been contacted by the Secret Service for what may (in some alternate reality) be interpreted as a threat to the President of the United States, “J” said that he had not. He had not, as of this writing, even been contacted by Facebook concerning the “Barack Obama Must Die” Facebook page.

In conclusion, the question must be asked: Is some one expressing their 1st Amendment right, regardless of how politically incorrect or offensive their statement might be, grounds for expressing the desire to murder that person and their children in the most shocking ways imaginable?