The more information that comes out about the crew of the USS Ronald Reagan sailors and their March 2011 relief efforts in the immediate aftermath of the Fukushima nuclear disaster, the more horrifying we find out their experiences were at the time and ever since as they suffer blindness, cancer and a whole host of other effects from their massive exposure to the radiation plumes from the Fukushima nuclear plant  after the great earthquake and tsunami of 2011.

Almost instantly after being sent to help, they felt a warm gust of the killer death plume, then the radioactive snow started, described as tasting like “like aluminum foil.”

Lindsay Cooper, Navy sailor aboard USS Ronald Reagan during 3/11 rescue operation: “I was standing on the flight deck, and we felt this warm gust of air, and, suddenly, it was snowing […] We joked about it: ‘Hey, it’s radioactive snow! I took pictures and video […] Japan didn’t want us in port, Korea didn’t want us, Guam turned us away. We floated in the water for two and a half months [until Thailand took them in] “People were s-â€Š-tting themselves in the hallways [All the while crew members had been suffering from excruciating diarrhea].”

Their stories are chilling, the effects on their bodies horrifying and their lives destroyed and they deserve compensation for the families they will leave behind. 70 to date are involved in the lawsuit against Fukushima plant operators, TEPCO, after their initial lawsuit was dismissed on jurisdictional grounds.

Cooper was interviewed on EON, listen to the interview below. 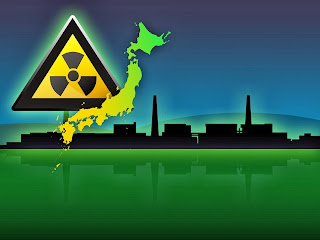