For anyone infuriated over the lies they were told directly by Barack Obama when he swore that if you liked your insurance plan you could keep it as he was attempting to sway public opinion in support of his healthcare law aka Obamacare, just to find out he was lying through his teeth and he knew it at the time, watching Megyn Kelly tear into and mock Democratic strategist Mark Hannah on Monday, is a breath of fresh air.

“Was he intentionally misleading, or was there some argument that he was grossly mistaken?” Kelly asked.

When Hannah tried to argue that neither was true, Kelly refused to let him distract and evade.

“Wait a minute, what are you talking about?” Kelly shot back. “No! Let’s just stay on point!”

When he began getting off topic again, Kelly exploded.

“Mark! He said ‘period,’ he said if you like your plan you can keep it. Period!” she retorted.

Watch and enjoy Megyn tearing into the obama apologist. 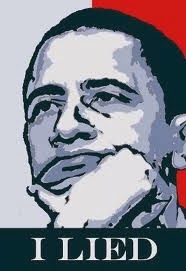