Benedict Arnold was a great patriot and hero of the American Revolution; until he wasn’t. Now, his contributions to the cause of freedom go unrecognized, his name is synonymous with betrayal and treason. As the country marches inexorably towards the second American Revolution, many people – including honorably retired members of the Armed Forces of the United States – are setting themselves up to lead it. One of these men is Maj. Gen. Paul Vallely, who may not be what he appears. 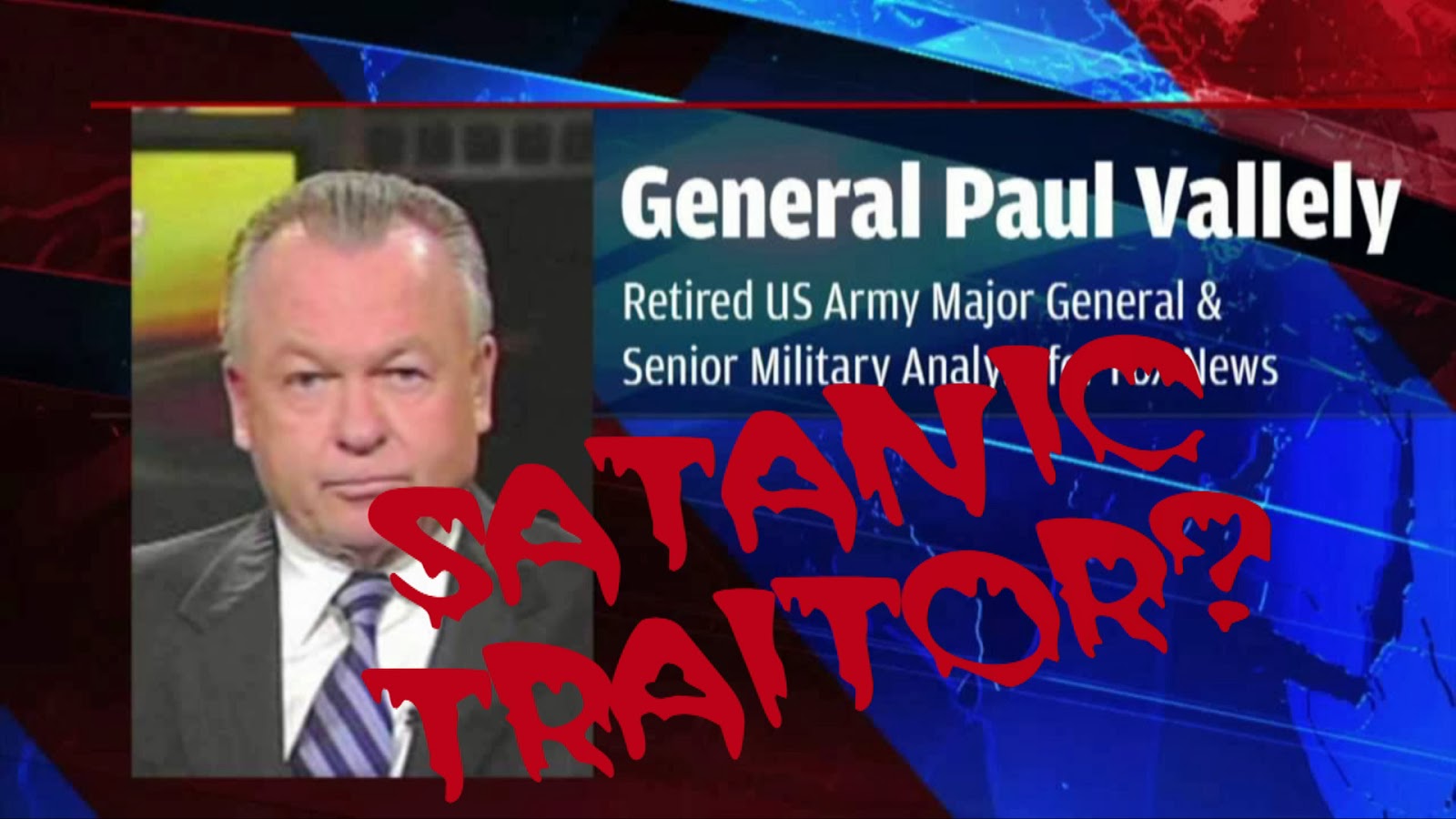 Maj. Gen. Paul Vallely is a darling of the Tea Party, a “Birther” who has called for Barack Obama’s impeachment over the many lies told by the administration, particularly those told about the al-Qaeda attack on the CIA outpost in Benghazi Libya that resulted in the deaths of three Americans including Amb. Christopher Stephens. Maj. Gen. Vallely now wants to lead a formation of Americans in a march on Washington DC to oust the Kenyan usurper and restore the Republic to a constitutional state; but can Vallely be trusted?

EDITOR’S NOTE: I have received confirmation from Col. Harry Riley, the founder of Operation American Spring, that Maj. Gen Vallely has no connection to OAS or Col. Riley’s planned march on Washington D.C. on May 16th. Col. Riley will be a guest on TTiVLIVE! in the very near future to talk about his plans.

In 1980 Maj. Gen. Vallely, who retired from the Army in 1991 as Deputy Commanding General of the United States Army in the Pacific and is now a senior military analyst for Fox News Channel, co-wrote a paper entitled, “FromPSYOP to Mindwar: The Psychology of Victory” with Lt. Col. Michael Aquino. And therein lies the problem.

Aquino is officially retired from the NSA and U.S. Army Special Forces; but he is still an avowed Satanist. Aquino is the founder of a Luciferian cult called the “Temple of Set,” and his name is frequently associated with ritual child abuse cases in the United States military, including the Franklin and Presidio scandals.

Aquino has never been convicted of any crime, but his name keeps on popping up in child sex scandals at military installations all over the country, prompting this writer to wonder if he is not being protected by the Dark Lord. You know what they say,  “Where there’s smoke there’s fire,” and Aquino’s career is nothing if not densely smoke-filled.

Aquino broke away from Anton LeVay’s Church of Satan and started the “Temple of Set” fully five years before he co-wrote this paper with Maj. Gen. Vallely, so Vallely had to have known about Aquino’s association with the Prince of Darkness. How can Americans trust a man with these kind of connections to lead a demonstration, the purpose of which is ostensibly to restore the rule of law to a now fallen Republic, to undertake what can only be described as a Holy mission?
The purpose of the paper was to set forth a doctrine intended to control populations of varying sizes, from entire countries to unruly mobs, by instilling them with a never-ending and overwhelming sense of fear. And this was 34 years ago. Since then technology has advanced sufficiently so that ideas, suggestions, and even “voices” can be beamed into the head of a victim using microwaves and other types of radiation; true beam weapons that can instill in the victim and overwhelming sense of dread, confusion, and despair. Watch this video, sent to this reporter by Patriot News Network host Kathy Rubio, to learn more about “Mindwar.”
In this episode of The Truth Is Viral, Publisher and Editor-in-Chief Bobby Powell speaks with talk show hosts Kathy Rubio and Zeeda Andrews (from the Patriots Ride for the Constitution) about information they have received from militia leaders that had planned to attend this event, patriots that are finding out too late that they have been lied to.
Rubio and Andrews claim that information they have received from military sources as well as members of various militias indicates that Vallely’s march to reclaim the Republic is ultimately intended to be a sacrifice to Satan, the blood of patriots meant to stain his altar, the area between the Washington Monument and the Capitol rotunda. These monuments were built to represent the erect phallus of Osiris (aka Apollo, Appolyon, Antichrist,)  and the ever pregnant belly of Isis by the Masonic architects that laid out the nation’s capital in accordance with the ancient Egyptian “Mystery Religion.”
Andrews even makes the startling claim that several patriots have been arrested, some even killed, and that their deaths are being totally suppressed. The Truth Is Viral has not been able to substantiate this shocking accusation; but rest assured if innocent patriots are being murdered, their friends and family are being left behind. And they will talk. When they do, The Truth Is Viral will share their stories after the deaths of their loved ones, and the circumstances surrounding those deaths, have been confirmed.
It is not the editorial position of The Truth Is Viral that Maj. Gen. Paul Vallely is a Satanist, but the fact that he has had a close association with Satanist Lt. Col. Michael Aquino, the head of the Luciferian “Temple of Set,” definitely gives one pause; at least it should before embarking on an endeavor that could change the Republic — for the better or the worst — forever.
The Truth Is Viral has investigators looking into Maj. Gen. Paul Vallely to see how deep his association with Lieut. Col. Aquino goes, to ferret out other work they might have done, and to see if they are still working together to betray the patriots and the People of the United States of America as some claim. Until then, because of the paper these two co-wrote together that talks about controlling masses of people, and most importantly because of Aquino’s proud promotion of Satanism, The Truth Is Viral will not endorse this march as long as Vallely’s name is attached to it. “Birds of a feather,” right?
And even then we will be very wary. Stay tuned.