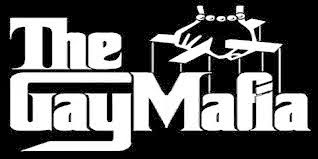 Long story short – Mozilla purged their CEO Brendan Eich after finding out he had donated $1,000 to Prop 8 In California, to ban gay marriage in the state.

Many gay activists are happy Mozilla removed Eich, but others…. not so much.

Liberal gay activist Andrew Sullivan, for example, expresses disgust over what he calls liberal “hounding” of the “Heritic.”

Will he now be forced to walk through the streets in shame? Why not the stocks? The whole episode disgusts me — as it should disgust anyone interested in a tolerant and diverse society. If this is the gay rights movement today — hounding our opponents with a fanaticism more like the religious right than anyone else — then count me out. If we are about intimidating the free speech of others, we are no better than the anti-gay bullies who came before us.

This is a stance Sully reiterated after receiving a ton of emails disagreeing with him, saying Mozilla had every right to fire their CEO over his personal beliefs and supporting them.

As I said last night, of course Mozilla has the right to purge a CEO because of his incorrect political views. Of course Eich was not stripped of his First Amendment rights. I’d fight till my last breath for Mozilla to retain that right. What I’m concerned with is the substantive reason for purging him. When people’s lives and careers are subject to litmus tests, and fired if they do not publicly renounce what may well be their sincere conviction, we have crossed a line. This is McCarthyism applied by civil actors. This is the definition of intolerance. If a socially conservative private entity fired someone because they discovered he had donated against Prop 8, how would you feel? It’s staggering to me that a minority long persecuted for holding unpopular views can now turn around and persecute others for the exact same reason. If we cannot live and work alongside people with whom we deeply disagree, we are finished as a liberal society.

Sullivan isn’t the only far left liberal disagreeing nor commenting on Mozilla’s choice, as seen in the video below, Bill Maher calls these gay activists that insisted on the purging of Eich “gay mafia,” stating that if you cross them, you “get whacked.”

MAHER: What do you think about the Mozilla CEO having to step down over his donation to a pro-Proposition 8 group.

The Mozilla — which I’m wearing right now, by the way. I didn’t know what Mozilla was. I saw it on my computer, but — it’s Firefix, right? It’s the browser.

So this guy apparently does not want gay people to get married and he had to step down. What do you think of that, the question asks.

CARRIE SHEFFIELD, FORBES: Well, and he gave it when President Obama was still against gay marriage. So, I don’t think it’s very fair.

MAHER: Good point. Also, I think there is a gay mafia. I think if you cross them, you do get whacked.

Political pundits are weighing in on this heavily, with many crossing the political in favor of free speech as seen by the discussions listed over at Memeorandum.