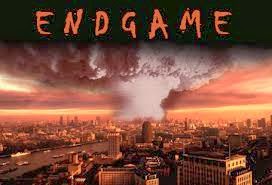 Lyndon LaRouche, in an early release, shows how LaRouchePAC Policy Committee member Dave Christie challenged Obama publicly while Obama was speaking in from of the DNC Winter meeting audience, by yelling out “Tell us about your plan for nuclear war with Russia,” heard loud and clear in the beginning of the video clip below.

LaRouche has been warning about the countdown for thermonuclear war, and right on time, the US and EU destabilize Ukraine and ousting the pro-Moscow Democratically elected president, forcing Vladimir Putin to move to protect Russia’s interests, then threatening Russia about the “costs” of military intervention.

As LaRouche points out, the whole scenario has been carefully crafted and organized.

It is all about the collapse of the dollar, we were warned and the chaos we are seeing now is playing out exactly as predicted weeks, if not months, ago.

LaRouch is not the only one that asserts this has been Obama’s plan the whole time as a political analyst tells Press TV:

In a Friday interview, Mike Billington warned that as a result of Washington’s provocations regarding the Ukrainian crisis, the international community is “on the brink of a global thermonuclear war.”

He argued that the US and its NATO allies “are trying to provoke Russia into taking some sort of action to justify what they plan as a nuclear assault against Russia and potentially also against China.”

“It is not the Russians who are intervening in the internal affairs of Ukraine. It was the US and NATO,” the analyst pointed out.