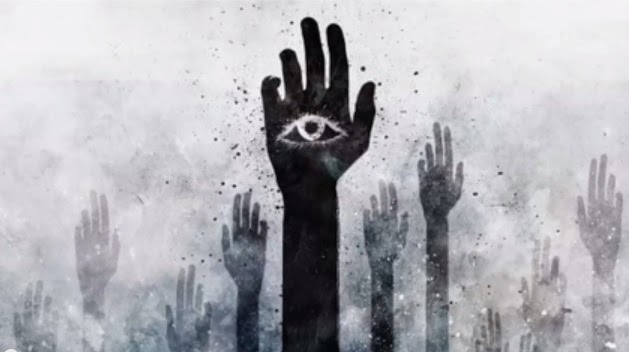 Doug and Joe Hagmann are joined by Steve Quayle and Pastor David Lankford for a fascinating discussion about a variety of topics, all dealing with the attack against humanity by evil. Examples provided include the over abundance of imagery of everything the word of God condemns, breaking down and destroying the foundations and this destruction is being perpetuated by the “by the foot soldiers of the father of all lies.”

The discussion speaks for itself, but one doesn’t have to be religious to “see” the changes that have been occurring throughout the last decades in our society.

Anyone that remembers the show “I Love Lucy,” will remember that when it began, any footage of this married couple in the bedroom had to show them in separate beds or one foot touching the floor if they appeared in the same one, or that television used prevent sexual scenes from being shown on prime time when children were awake, curse words were censored, not just some, but all and were beeped out, schools taught children the basics of Math, English, History, Science, etc….. but morality and right from wrong were the parents right, privilege and obligation to teach children… the examples go on and on.

Things have changed and those changes have been done insidiously, sex has become mainstream, children are being led down a path their parents have no control over in the school system making parental rights a joke, violence has become common, and supernatural imagery has become more than just entertainment, but the new normal.

This has all been the New World Order’s plan, organized and implemented in increments so that the population becomes the “Zombies of Zeus,”  and the true walking dead among us.

Can this walk down the path of destruction be turned around before it is too late?


Lawlessness and lies rule the day with faith, family and foundations in the cross hairs of the evil ones. A barrier seems to have been broken as we enter the end of the age, and end of days. Look around you. Amid the outward appearance of normalcy as we and others tend to the tasks of our daily lives, the Old World Order, the destroyers of the seed of Adam who have existed since the beginning of man continue their evil destruction under the moniker of the New World Order. Christians, men and women of faith of the lineage of Adam are under the destructive agenda of the lineage of Cain. Our very foundations are under attack and are being systematically destroyed by the foot soldiers of the father of all lies. Lawlessness, in all forms, exist in the highest levels of nations across the world to the hearts and minds of the lesser of men. Satan and his minions are actively promoting immorality in all aspects of our lives, especially in America and throughout the West. The morality of man, and man’s obedience to the laws of God are being convoluted under the government sanctioned and redefined legal pressure of compromise and tolerance. Abominations before God are now heralded by our leaders. Indeed, a barrier has been breached. Please tune in to a special Sunday edition of The Hagmann & Hagmann Report tonight as Pastor David Lankford of The Voice of Evangelism, along with author, researcher and talk show host Steve Quayle delve deep into the destructive parasite that is overtaking the seed of Adam and turning people into Zombies for Zeus, the true walking dead among us.