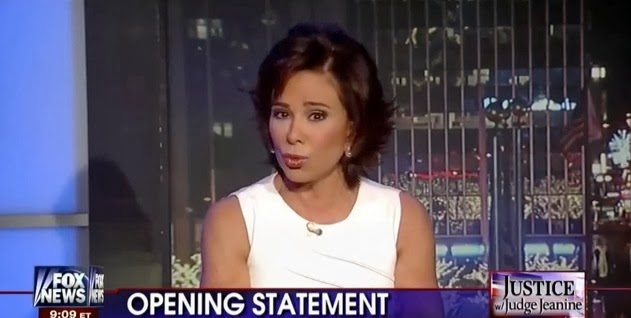 Short and sweet because Judge Jeanine pretty much says it all!

In Judge Jeanine Pirro’s opening statement, she completely annihilates Barack Obama’s partisan politics and his incompetent handling and investigations into things like Benghazi where no one has been held accountable over a year later, the IRS scandal where lead officials can’t even name who the head investigators are, yet within a day of the whole Chris Christie lane closure hoopla, had already instigated a federal probe, and those in charge of the probe are huge Obama supporters who, according to the FEC, donated to him or Democrats consistently.