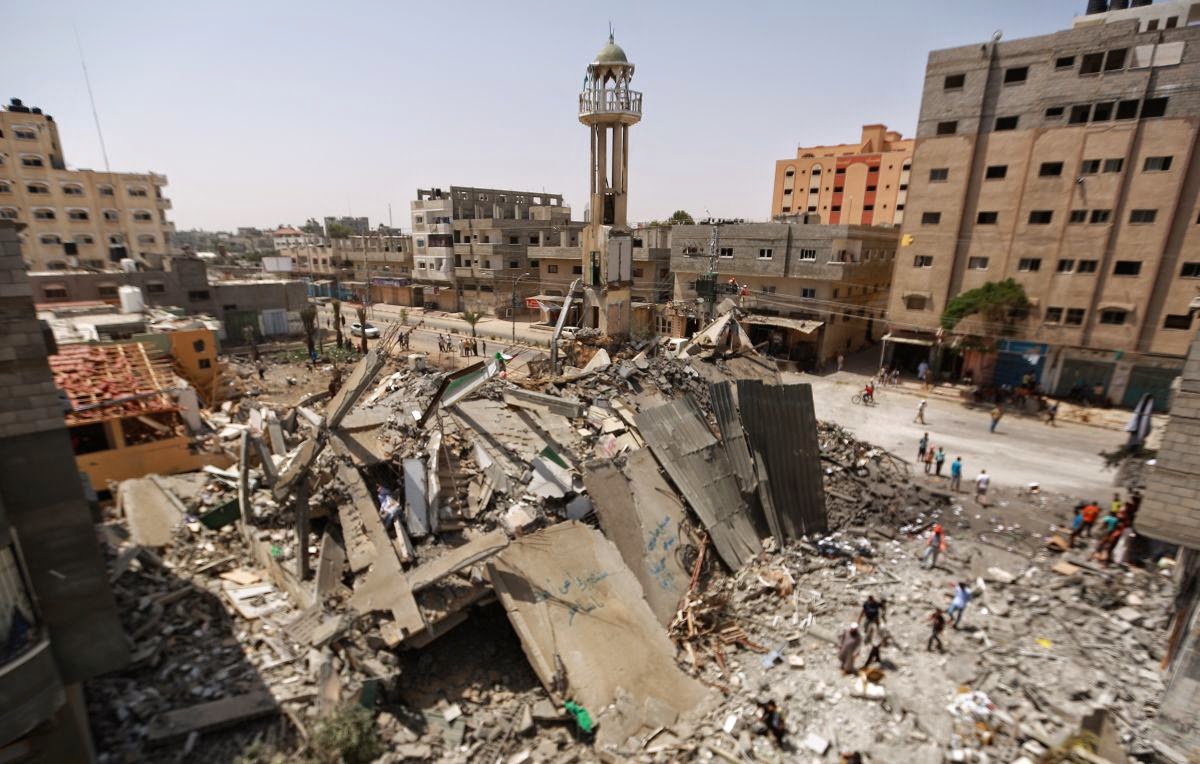 In the aftermath of successive Israeli military strikes on civilian homes, hospitals, mosques, television stations and refugee faculties, public antipathy towards Israel has reached fever pitch in many parts of the world as Tel Aviv pushes forward with its bloodiest military operation in Gaza to date.

Despite an extensive effort to harness social media to promote its slogans and talking points, mainstream opinion is increasingly viewing Israel’s ongoing campaign, referred to as Operation Protective Edge, as an indefensible demonstration of raw military force against a civilian population.

Images of maimed children, inconsolable families, and Gaza’s burning skyline have dominated global news coverage for much of the last four weeks. In the face of a ceaseless assault that has taken the lives of more than 1,700 and injured over 9,000 others, sympathy for the Palestinian cause has never been higher.

Amid continued calls for the cessation of violence, Israel has taken a defiant stance and vowed to push ahead with its stated objective of dismantling cross-border tunnels built by Hamas, which is being increasingly interpreted as a case of mission creep to legitimize a protracted military offensive.

Israel’s latest offensive on Gaza cannot be seen in isolation; it is linked to the collapse of US-backed peace negotiations that began last July, aimed at establishing an outline for a final agreement intended lay the groundwork for Palestinian statehood by April 2014.

Tel Aviv refused to yield during negotiations, insisting on a long-term military occupation of the West Bank and refusing to freeze construction of Jewish settlements. The Obama administration proved unwilling to place any meaningful pressure on Israel to encourage it to make the kind of urgent concessions needed for the continued viability of the talks.

Washington’s deal failed to provide guarantees for an Israeli military withdrawal from the West Bank, and failed to guarantee East Jerusalem as the capital of a future Palestinian state. The conditions required Palestine to acknowledge Israel as “the nation-state of the Jewish people,” effectively renouncing any claim to their historic lands.

The disillusioned Palestinian leadership unanimously approved a decision to join fifteen UN conventions and international treaties, in addition to forming an alliance with Hamas, following Israel’s failure to release the final tranche of Palestinian prisoners that it agreed to as part of the framework for the discussions.

Israel condemned the reconciliation deal and called on the international community to boycott the new unity government due to Hamas’ participation; it also claimed that the Palestinian Authority (PA) would now be held responsible for any rocket attacks launched from Gaza. Tel Aviv has since declared war on Hamas precisely in an attempt to impede the operations of the Palestinian unity government.

There are also notable economic considerations that may be influencing Israel’s position toward Gaza. 40 per cent of Israel’s electricity supply is dependent on natural gas, while rising energy prices threaten to undermine the country’s economic growth. Gas imports from neighboring Egypt have slowed due to instability in the Sinai Peninsula, while the near-depletion of Israel’s offshore Tethys Sea gas fields proves to be a major political obstacle.

An estimated 1.4 trillion cubic feet of natural gas was discovered off the coast of Gaza in 2000, with a projected market value of $4 billion. The fields have not been developed due to Israel’s fears that Hamas would reap the proceeds of any gas deal with the Palestinian Authority. Tel Aviv is also politically opposed to the Palestinians acquiring extensive economic resources that could be used to lay the foundations for statehood.

Israeli Defense Minister Moshe Ya’alon was quoted discussing his opposition to Hamas receiving any gas royalties in 2007, stating, “It is clear that without an overall military operation to uproot Hamas control of Gaza, no drilling work can take place without the consent of the radical Islamic movement.”

Tel Aviv has made major offshore oil and gas discoveries in 2009 and 2010, with the Tamar and Leviathan fields that combined hold an estimated 30 trillion cubic feet of gas. However, most of the Levant Basin lies in hotly disputed territorial waters between Israel, Syria, Lebanon, Gaza and Cyprus.

Gaza’s Marine-1 and Marine-2 gas wells are adjacent to other Israeli offshore installations, and Tel Aviv’s ability to develop the fields — at minimum to serve as a potential short-term supply to stave off future energy shortages — depends on thwarting Palestinian bids for statehood, allowing Israel to continue managing of all the natural resources nominally under the jurisdiction of the Palestinian Authority.

The ongoing offensive against Gaza represents Israel’s rejection of the two-state solution; on the other hand, it also opposes a bi-national one state solution. Tel Aviv has demonstrated that it is only interested in maintaining the status quo: a colonial settler state built on Jewish supremacy over land and resources by means of the violent repression and subjugation of ethnic Arabs.

Operation Protective Edge has done more than exhibit the grossly asymmetric military superiority of one side over the other: it has again exposed the willful bias of western capitals and various media outlets that favor Israel unconditionally, in the face of its deliberate attacks on civilians and violations of international law.

The United States provides $3 billion in annual military aid to Israel, and while strong language has been used to condemn Tel Aviv’s military transgressions, Washington’s foreign policy discourse has unflinchingly placed the primacy of Israel’s security above all else.

Israel acts with total impunity, without regard for any consequences, precisely because Washington has obediently provided Tel Aviv with diplomatic cover, shielding it from any form of accountability. The United States was also the only country that voted against launching a UN investigation into human rights violations committed by the Israeli military in Gaza.

The Obama administration did indeed condemn Israel’s recent shelling of a UN school, which killed at least 16 Palestinians, calling Tel Aviv’s actions “totally unacceptable and totally indefensible.” In a brazen display of duplicity, Washington then confirmed it would provide Israeli forces with restocked supplies of ammunition, including mortar rounds and grenade launchers.

If Israel is genuinely interested in restoring security to its citizens, it should acknowledge that fewer rockets were fired into Israel in 2013 than at any point in the past decade, by virtue of a negotiated ceasefire mediated by Egypt that ended Israel’s eight-day campaign against Gaza in 2012. Hamas hadn’t fired a single rocket until the current offensive began, and it established a special police force tasked with suppressing the rocket fire of splinter groups.

Indiscriminately targeting the men, women and children of Gaza provides Israel with no tactical military advantage; it only ensures that an entire generation of Palestinians will be radicalized in their opposition to Tel Aviv and bent on avenging their fallen compatriots by any means necessary, fueling the endless cycle of violence that has plagued the region for decades.

Tel Aviv could have long since brokered a compromise with the Palestinian Authority through the framework of the two state solution, but by continuing to enforce a punishing regime of apartheid and settler colonialism, backed by ultra-nationalism and militant Zionism, it is undermining its own legitimacy in the court of public opinion and exposing itself as deplorable rouge state.

This article appeared in the August 05, 2014 print edition of The Malaysian Reserve newspaper.
Nile Bowie is a columnist with Russia Today, and a research affiliate with the International Movement for a Just World (JUST), an NGO based in Kuala Lumpur, Malaysia. He can be reached at nilebowie@gmail.com.