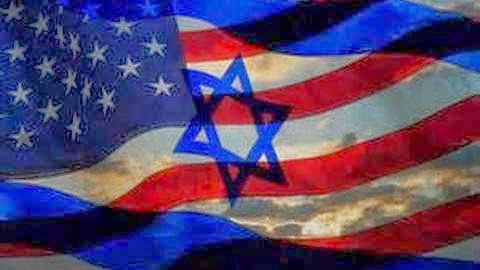 With the blockbuster news that all of Israel’s embassies and consulates are closing for the first time in history, supposedly due to a union “strike,” it is noteworthy that just days before this hit the MSM, it was reported that Israel was preparing to launch the “first strike” against Iran, as part of a “coordinated operation led by the Pentagon.”

Furthermore, in January, two months before the reports of Malaysia Flight 370 mysteriously disappearing, Israel conducted an emergency preparedness drill, which included, “a fictional airplane crashing into a residential area, causing hundreds of casualties.”

Initially, the lot where the plane “crashed” in the simulation stood behind a screen showing a picture of modern apartment buildings. Suddenly, a loud explosion shook the ground, the screen fell away revealing collapsed buildings, real airplane engines still smoldering atop the rubble and actors displaying all manner of wounds, crying out for help. Some were walking in a daze, others helping nearby casualties move away from the smoldering ruins.

Secondary explosions struck repeatedly, adding to the cacophony of the disaster, with the constant wailing of ambulances and other emergency vehicles arriving in an endless stream.

While Israel does not decide, Israel may be used by Washington as a proxy, namely to fire the first shot, without the US being officially involved.

While all eyes have been on Russia’s actions in the Ukraine and the back and forth threats and sanctions between Russia, the US and the EU, Israel has been preparing and given the IDF orders to “to continue readying for a possible independent strike” on Iran.”

While the Israel first strike option does not officially have the blessing of the Obama administration, let us be under no illusions, it has, for several years been part of the Pentagon’s war plans.

Its called “indirect warfare” whereby US proxies (including Israel) wage war on behalf of Uncle Sam and in liaison with the Pentagon.

This is all part of the overall plan for World War III.

Should Israel strike Iran, the US and NATO, under agreements would be forced to defend Israel in case of retaliation, and once again enter Russia who sides with Iran, battle lines have been drawn and all it will take is one spark before all out world war is being fought.

Ya’alon recently indicated during a speech at Tel Aviv University that his view has shifed and he is now likely to support a unilateral Israeli strike on Iran, in light of his assessment that the Obama administration will not do so.

“We think that the United States should be the one leading the campaign against Iran,” Ya’alon said this week. “But the U.S. has entered talks with them and unfortunately, in the haggling in the Persian bazaar, the Iranians were better. … Therefore, on this matter, we have to behave as though we have nobody to look out for us but ourselves.”

The events happening, from the Malaysia Flight 370 disappearance to the closing of the Israeli embassies under the guise of a “strike,” to Ukraine, Russia, US, EU tensions almost seem to have been planned, organized and scripted to lead the entire global community in a massive nuclear World War III.

I will repeat what I said in my headline yesterday…… something huge is coming, be prepared.