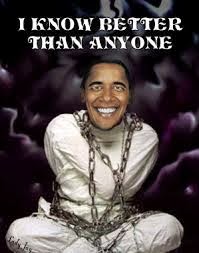 Below is a message sent to Citizens for a Free Republic by Ambassador Chas Freeman, founder of the Middle East Policy Council and a former member of the Obama Administration Defense Department, although it is noted that it was written by an associate, the fact that Freeman sent it out to his “large Washington, D.C. list,” puts his name directly behind the words and assertions.

The message was headed with “Is Obama Just Insane?”

The headlined portion of the message below:

“I have NEVER in my entire life witnessed such BRAIN-DEAD decisions coming from the Obama Administration in any government in the world or former administrations. To impose sanctions on Russia is absolutely INSANE!!!! That puts Putin in a box that he cannot escape from for if he relaxes he is then seen as weak at home and the hardliners will eat him alive. Obama has just made the crisis far worse.

“Russia has retorted and it will now CANCEL all nuclear treaties. It can shut off the energy to Europe and watch them crawl. Now, any international observers will NEVER get into Crimea. We have dumb and dumber at the helm here. Obama is doing EVERYTHING perfectly wrong and this escalation will only grow far worse. Even China has rejected Obama’s Sanctions. Just what did he expect? Putin will suddenly say, gee, I was wrong? Come on. This is like some stupid fight with his wife and I refuse to talk until you do what I say….

“Sorry this is no way to run a government. You cannot humiliate Putin and actually expect progress this is inviting war. You cannot defeat China & Russia. So what is anyone trying to accomplish here? Freedom and Liberty for All?”

The damage Obama’s chest beating and “brain-dead” decisions can bring down on America and allied countries, is massive, as explained in this Bloomberg Views, March 7, 2014 article.

Russian entities, including individuals and companies, had assets of about $160 billion in foreign banks as of September 2013

Banks’ exposure to Russia stood at $242 billion in September 2013

To sanction Russia would rebound on the US and allies far worse than it would effect Russia and they know it! Which makes Obama’s idiocy of making a threat that cannot be carried out and once again showing how weak and ineffective Obama is, more than just brain-dead, but sheer lunacy.