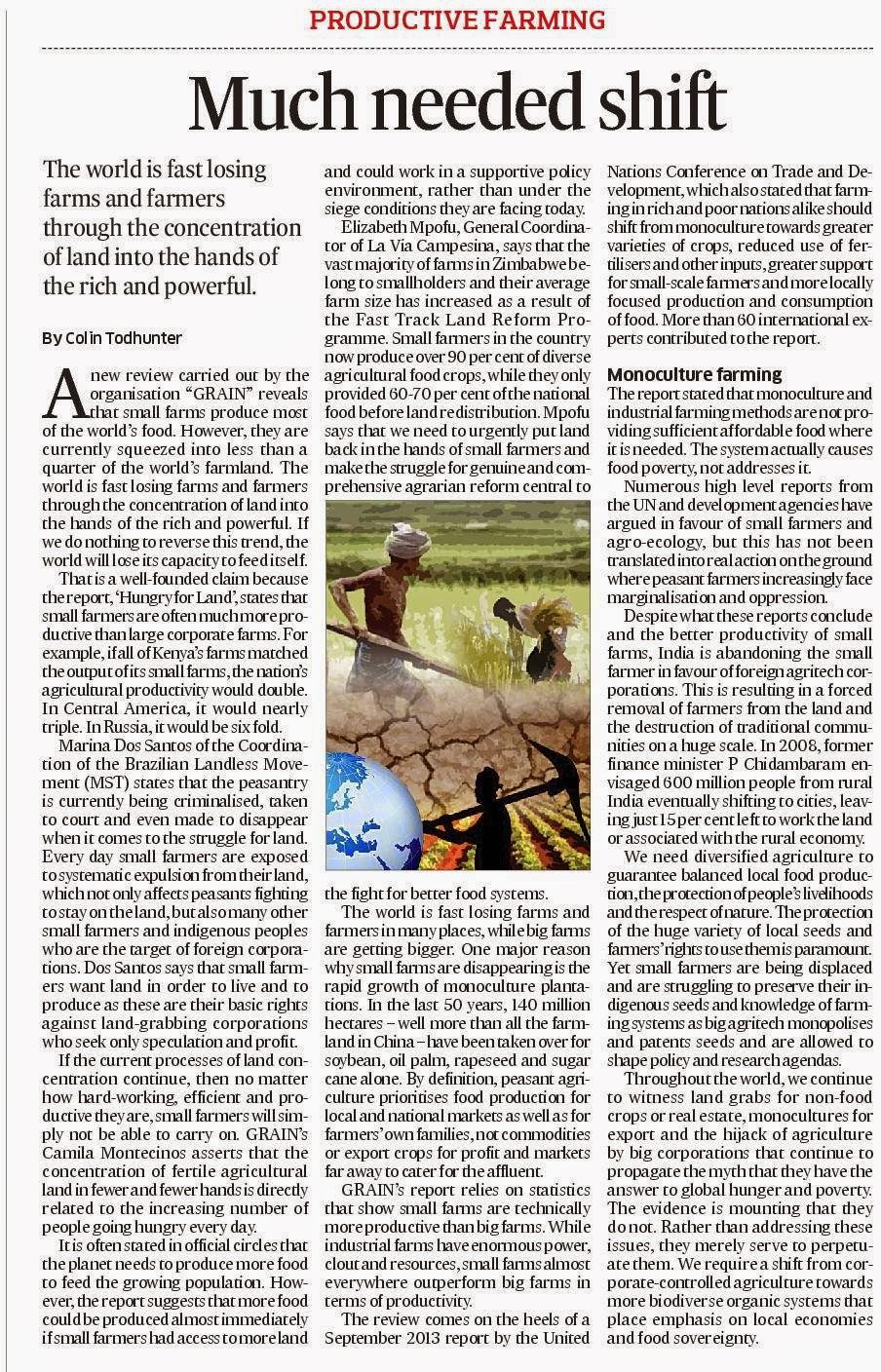 A new review carried out by the organization GRAIN reveals that small farms produce most of the world’s food. However, they are currently squeezed onto less than a quarter of the world’s farmland. The world is fast losing farms and farmers through the concentration of land into the hands of the rich and powerful. If we do nothing to reverse this trend, the world will lose its capacity to feed itself.