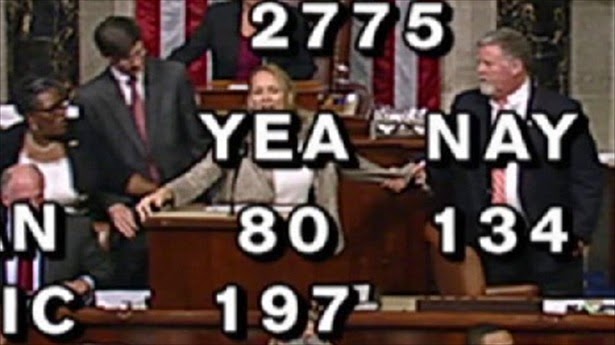 Many reading might remember the name Dianne Reidy from an episode which was labeled bizarre by many, courageous by others, and which made national news after she took the House floor by surprise speaking of Freemasons, God and how we cannot serve two masters.

Dianne and her husband Dan are now speaking out about the incident which headlined for weeks. (2nd Video below)

The first video below produces the best sound track of the incident which went viral at the time, where DAHBOO7 notices that despite her name being Dianne, the people dragging her off the floor of the House were calling her “holly” or “molly.”

Transcript of her floor statements:

“This is not one nation under God. It never was. Had it been… the Constitution would not have been written by Freemasons, they go against God,” she said, according to a Public Radio International reporter on hand.

The second video is Dan and Dianne, where she claims she “Did Not Have a Breakdown.”

“I remember getting up to the podium and after saying, ‘God will not be mocked.’ I don’t have a memory of anything else that was said that evening until I was escorted off the floor,” Reidy said during the 38-minute video statement.

She later added, “I knew that God was going to speak through me, and I knew it was going to be during the vote, raising the debt ceiling level and ending the government shutdown.”