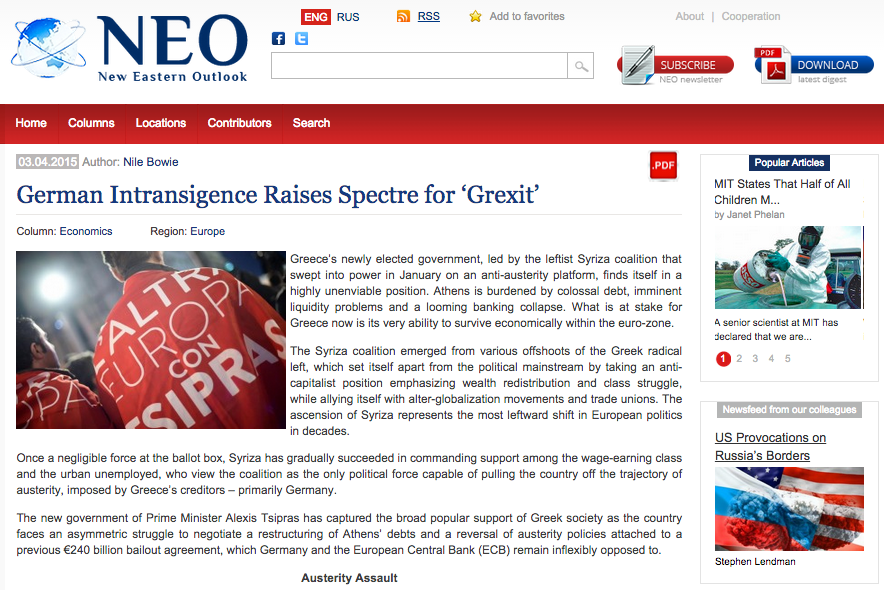 Greece’s newly elected government, led by the leftist Syriza coalition that swept into power in January on an anti-austerity platform, finds itself in a highly unenviable position. Athens is burdened by colossal debt, imminent liquidity problems and a looming banking collapse. What is at stake for Greece now is its very ability to survive economically within the euro-zone.

The Syriza coalition emerged from various offshoots of the Greek radical left, which set itself apart from the political mainstream by taking an anti-capitalist position emphasizing wealth redistribution and class struggle, while allying itself with alter-globalization movements and trade unions. The ascension of Syriza represents the most leftward shift in European politics in decades.

Once a negligible force at the ballot box, Syriza has gradually succeeded in commanding support among the wage-earning class and the urban unemployed, who view the coalition as the only political force capable of pulling the country off the trajectory of austerity, imposed by Greece’s creditors — primarily Germany.

The new government of Prime Minister Alexis Tsipras has captured the broad popular support of Greek society as the country faces an asymmetric struggle to negotiate a restructuring of Athens’ debts and a reversal of austerity policies attached to a previous â‚¬240 billion bailout agreement, which Germany and the European Central Bank (ECB) remain inflexibly opposed to.
Read the full story on New Eastern Outlook