Dismayed over the mainstream media downplaying the dangers that the Fukushima nuclear plant’s massive radiation leaks and dumping of contaminated water into the Pacific, some residents of San Francisco decided to bring attention to the plight on the West Coast and throughout the country and the world by creating a human mural, shown in the video below.

California is directly in the line of fire states one man and global action is needed they say, especially since the danger elevates considerably in November when the Fukushima plant operators attempt to remove the fuel rods from reactor four.

Fukushima is Here! The Human Mural on Ocean Beach in San Francisco, CA October 19, 2013 spelled out this urgent message to the world. The ongoing disaster at the Fukushima Daiichi nuclear plant can only be solved through an urgent international response, yet the mainstream media continues to downplay the danger to humanity. Help break the media logjam. Please share this video widely through social media, connect with others and take action wherever you live. Go to www.FukushimaResponse.org for ideas and materials that can help you raise awareness of this critical issue. 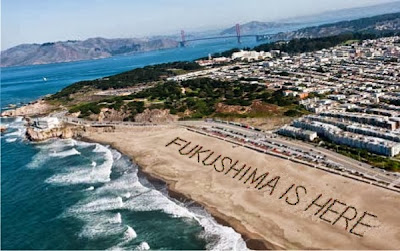 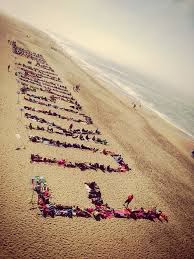