In the video below by videographer BeautifulGirlByDana, a very good point is made about how with every earthquake that is strong enough to shake buildings hundreds of miles away, video after video is uploaded with hours and throughout the first day afterward, yet for some odd reason, the 7.3 magnitude quake that hit Fukushima this week, there were very few videos published, but quite a few copying them then reuploading, so it was the same videos, other than news reports, over and over again.

Why would the Internet go into stealth mode regarding an earthquake of that magnitude in an area that is already headline news and has been since the 2011 eathquake and subsequent tsunami crippled the Fukushima nuclear plant, which has been struggling ever since with massive radiation leaks, and contaminated radioactive water being dumped into the Pacific Ocean by the hundreds of tons? 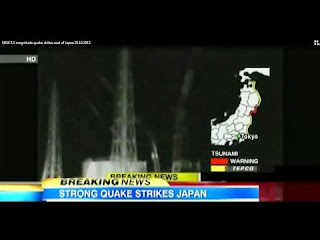 Cross posted from Before It’s News