The video below is a part two of one I showed back in October 2013 and it discusses the radioactive water being poured into the Pacific, hundreds of tons of it per day, from Japan’s crippled Fukushima nuclear plant, which the MSM is ignoring the ramifications and the strange behavior of the sea life as well as the die-offs that are being reported.

Fukushima and the End of Humanity Part 2: Radioactive Water, is a compilation of news reports and narration which explains the devastation that others would rather not see, report or hear about, most believing if they ignore it, deny it or argue it isn’t true, that it will somehow magically go away. 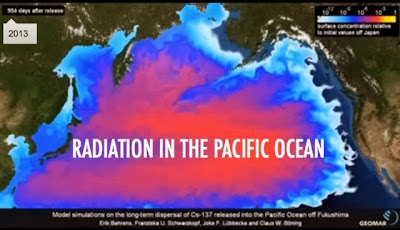