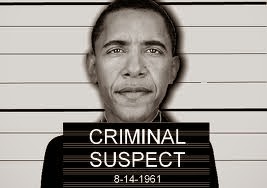 Judge Andrew S. Hanen of Brownsville, Texas dropped a massive bombshell on the Obama administration saying the admin’s immigration policies are “completing the criminal mission” of human traffickers “who are violating the border security of the United States” and assisting a “criminal conspiracy in achieving its illegal goals.”

Direct quotes from the ruling in U.S. v. Nava-Martinez, which will be embedded below, accusing the Obama administration of aiding and abetting human traffickers, includes:

“By fostering an atmosphere whereby illegal aliens are encouraged to pay human smugglers for further services, the Government is not only allowing then to fund the illegal and evil activities of these cartels, but is also inspiring them to do so.”
[…]

“The DHS should enforce the laws of the United States — not break them.”

Below is the news report on this ruling and beneath that is the short ruling that should be read in full to see the extent of condemnation the judge delivered to the Obama administration policies.