Serial hoaxer Justin Tribble fessed up to his role in an internet hoax that has had the Youtube “Truther” community in an uproar for months. On Monday, November 11th, Tribble shut down the Dr. Bill H. Weld Youtube page and Facebook accounts.

He modified “Dr. Weld’s” blog to reflect the true owner – himself – and used the blog to issue an apology to those he has misled and falsely accused of committing crimes including harassment and physical threats. 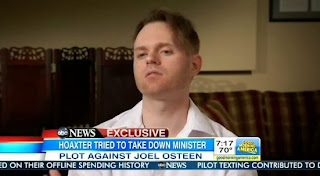 This hoax should serve as a warning to those people who search the Internet for Truth: Don’t believe everything you hear. It should also serve as a reminder to talk show hosts to properly vet their guests, especially those who make wild claims about leaked government documents or “insider” information.

The Truth Is Viral prides itself on following the Journalist’s Code of Ethics and making sure that our guests are who they say they are. This is one reason we go after “Big Name” guests like Dr. Chuck Missler and CIA spies Reza Kahlili and Clare Lopez, this is why we call NATO HQ, the Pentagon, or the Iranian Mission to the U.N. ourselves to get statements, this is why we try to always have some type of tangible evidence to show you – to maintain our standing as the Number One Source for Truthful Alternative Media News coverage since 2008.