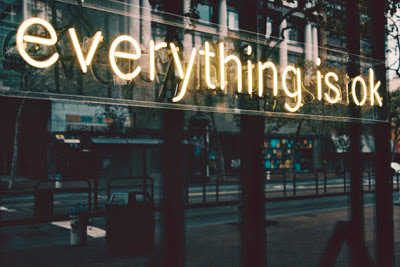 Global Research and Countercurrents 12/6/2013 and The 4th Media 21/6/2013
In the name of ‘humanitarian intervention’, a ‘war on terror’, fighting for ‘democratic freedoms’ or whatever the script happens to be this week, British Foreign Secretary William Hague can be relied on to sell US-British militarism to a public fed up with constant wars and (increasingly less) ignorant of their underlying reasons (1).
In , Hague has worked to try to replace Assad with a regime that could be controlled by the  and . He has also campaigned for the EU to lift its arms embargo from the anti-Assad militants. Hague is a staunch supporter of . His attitude towards  has been well documented: his dislike of the Syrian regime is backed up by a tangible strategy of aggression and destabilization, while mere lip service is paid to the protecting Palestinians or their treatment and plight (2). This is the same William Hague who declared that the intention was not regime change in , but to protect civilians. The  and its allies, including , helped instigate and fuel the war in  (3), and NATO bombs and western supported regime change have subsequently left over 100,000 Libyans dead, thousands more injured and much civilian infrastructure destroyed.
During the Libyan conflict, 200 prominent African figures accused western nations of “subverting international law” in . The UN had been misused to militarise policy, legalise military action and effect regime change, according to  professor Chris Landsberg. He stated that it was unprecedented for the UN to have outsourced military action to NATO in this way and challenged the International Criminal Court to investigate NATO for “violating international law.”
Rather than being held to account for the death and destruction in Libya, Hague has carried on where he left off with strong rhetoric directed towards Iran and a call for sanctions (4) and a concerted commitment to topple the Syrian government by force (5) (6) (7). For public consumption, this is all spuriously carried out under the banner of humanitarianism or in the name of global security.
As a client state of the  (mainstream British media often portray this as a ‘special relationship),  can be relied on to do ’s bidding. When Hague beats the drum over , ,  or , the drum is provided courtesy of Washington and Tel Aviv. Foreign Secretary Hague beats it on cue.
It all begs the question, how much trust can we place in someone like Hague, especially when they try to reassure the British public that British intelligence services do not illegally snoop on the British population?
Documents leaked by former  intelligence worker Edward Snowden suggest GCHQ, the British Government’s ‘listening post’ in  (equivalent to the US National Security Agency), may have had access to the  spy programme PRISM since at least June 2010.
Hague has told the British parliament that British spies have not used  surveillance programmes to get around laws restricting their ability to eavesdrop on the public in . He has said that there is no indiscriminate trawling for information through the contents of people’s communications and GCHQ operates within a strict legal framework.
Hague has stated: “It has been suggested that GCHQ uses our partnership with the  to get around  law, obtaining information that they cannot legally obtain in the … I wish to be absolutely clear that this accusation is baseless.”

Every time GCHQ wants to intercept an individual’s communications, Hague asserts that the agency must seek a warrant signed by him, the interior minister or another secretary of state. He asserts that every decision is based on extensive legal and policy advice and warrants are legally required to be necessary, proportionate and carefully targeted.

The ‘s 2001 Regulation of Investigatory Powers Act (RIPA) permits international agreements that allow “mutual assistance in connection with, or in the form of, interception of communication,” providing the foreign secretary has given his authority. It also allows for the interception of the content of both domestic communications and communications between the  and elsewhere, provided a warrant has been signed, usually by a minister.
The 1994 Intelligence Services Act gives senior ministers the power to “disapply”  law when granting written permission. This legislation ensures that no  intelligence agency or officer is likely to be sued or prosecuted in  as a result of any mass surveillance operation.
In the US, the Foreign Intelligence Surveillance Act (FISA) gives US intelligence agencies wide-ranging powers to conduct surveillance of data that is held by or passes through the US: it provides for the gathering of information that may not only protect the US against hostile acts but which “is necessary to … the conduct of the foreign affairs of the United States.”
The  government can therefore basically do what it deems necessary to maintain its global hegemony. It has access to huge amounts of global data thanks to the numerous sophisticated ‘listening posts’ the  has on foreign soil. The NSA’s largest eavesdropping centre outside the  is based in . It is a satellite receiving station that monitors foreign military traffic, but can also access ‘s telecommunications network. The  military refer to the ‘golf ball’ encased satellite systems there as helping to secure full spectrum dominance of land, sea, air, space and information. Writer Garbrielle Pickard believes its presence entails the  having full spectrum control over the  (8).
Given that the  thus has access to so much data beyond its national borders, it is easy to see just why the issue of the British government circumventing British law to access information held by the  on British citizens is of vital concern to the public. Even more so given Hague argues that the growing and diffuse nature of threats from terrorists, criminals or espionage has only increased the importance of ’s intelligence relationship with the .
In a more general sense, the underlying message being put forward by officialdom is that ‘no one has anything to fear as long as you are not terrorists or some other threat to national interest.’ In an age of perceived terror threats and subsequent clampdowns on civil liberties as a result of the illegal wars and covert and overt interventions abroad that politicians like Hague attempt to justify on fallacious grounds, just who does that rule out? The ‘terror threat’ and vague notions of the ‘national interest’ are highly convenient reasons for including anyone or everyone in the surveillance net.
What about Muslims, dissidents, civil-liberties types, ‘trouble-makers’, environmental campaigners, ‘occupy’ individuals, ‘lefties’, trade unionists, human rights activists or particular writers, bloggers and journalists? Surveillance and the infiltration of groups deemed ‘subversive’ (but working well within the law and an integral part of plural democracy) have been carried out by the intelligence services for many decades (9). In pointing out some of these types of activities, Annie Machon in The Guardian notes that real democracies don’t infiltrate legitimate protest groups. But, as she notes, in  they do (10).
A key element here is that of trust. Do we trust what politicians like Hague say or do? Do we trust our governments? Should we trust Google, Facebook and any other company that stores our personal details (11)?
NSA whitleblower Edward Snowden apparently thinks we should not. He wanted to expose the “omniscient state powers kept in check by nothing more than policy documents.” Dennis Mitchell, a senior GCHQ officer, who retired in 1984 in protest at the Thatcher government’s ban on trade unions there, referred to “actions which I believe would be considered unacceptable by the general public were it aware of them”. He described GCHQ as a powerful, unaccountable arm of government. According to him, the only real watchdog at that time was the workforce, not the law.

Perhaps Snowden or Mitchell might agree to some extent with Michael Foucault’s premise that society now resembles a bright modern prison. Foucault warned that the bright visibility is a trap (12). Increasing visibility (on Facebook, Twitter, Google, etc) leads to power being located on an individualised level throughout a person’s entire life. Foucault suggested that a ‘carceral continuum’ runs through modern society, from the maximum security prison, through secure accommodation, probation, social workers, police and teachers, to our everyday working and domestic lives. In this digital age, now more than ever before.
“Under the guise of fighting the so-called ‘war on terror’, combating weapons proliferation and gathering economic intelligence, institutions such as GCHQ and the NSA are, in reality, operating a highly intrusive Big Brother Police State Surveillance Empire that is being used to specifically monitor the activities of genuine political opposition and dissent, as well as undermine the privacy, freedom and constitutional civil liberties of targeted peoples and nations throughout the world… Identification technologies such as video surveillance, biometrics and national ID cards will undoubtedly find their way into the sprawling informational GCHQ/NSA vortex, eventually rendering all personal, communal, commercial, economic, and political control to the State – a system of absolute tyranny that can only be labeled as ‘global slavery’.” Steve Jones (13).
Notes
1) http://www.informationclearinghouse.info/article1665.htm
2) http://www.presstv.ir/detail/306953.html
3) http://www.globalresearch.ca/the-cia-is-behind-the-rebellion-the-euro-american-attack-on-libya-has-nothing-to-do-with-protecting-civilians/24225
4) http://www.telegraph.co.uk/news/worldnews/middleeast/iran/9608617/William-Hague-pushes-new-Iran-sanctions.html
5) http://www.globalresearch.ca/under-the-disguise-of-the-battle-against-terrorism-the-u-s-britain-and-france-support-al-qaeda-in-syria/5336683
6) http://www.globalresearch.ca/mi6-sas-cia-western-troops-in-syria/5302879
7) http://english.pravda.ru/opinion/columnists/11-06-2013/124802-syria_west_terrorists-0/
8) http://www.topsecretwriters.com/2011/06/how-does-nsa-get-away-with-running-top-secret-menwith-hill-in-the-uk/
9) http://www.lobster-magazine.co.uk/articles/rrtalk.htm
10) http://www.guardian.co.uk/commentisfree/libertycentral/2011/oct/21/police-infiltrate-protest-groups
11) http://www.globalresearch.ca/google-facebook-discussed-secret-systems-for-u-s-to-spy-on-users/5338609
12) https://www.ncjrs.gov/App/abstractdb/AbstractDBDetails.aspx?id=46780
13) http://www.globalresearch.ca/gchq-government-communications-headquarters/1053