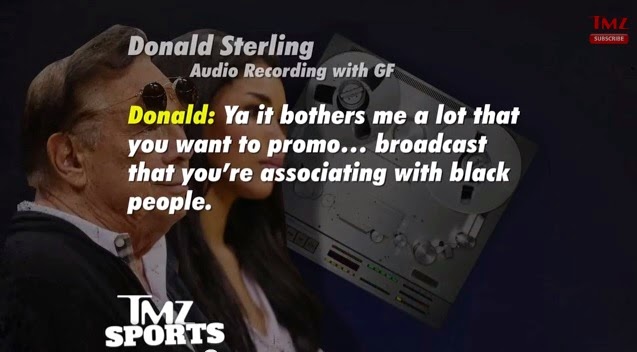 Via TMZ, the video below is a recording between L.A. Clippers owner Donald Sterling and his Latino/Black girlfriend where the Clippers’ owner goes on a racist rant that leaves no one in doubt as to his extraoridinary racist views, when he informs her she can be friends with black people, in private, but he does not want her to bring blacks to his games or associate with them on Instagram or in ay public format. He even tells her she can “sleep” with ‘them” but she shouldn’t allow herself to be connected to them publicly.

After listening to Mr. Sterling, in the full recorded conversation below, people should clearly see the difference between manufactured howls of “racism,” and the real thing.