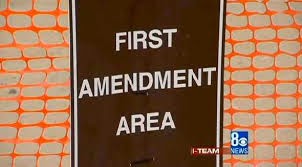 Colonel Roy Potter is encouraging people to to watch a couple videos and visit a couple links, which will be shown below his short video, to find out additional information about the Bundy Ranch Range War, where federal agents from the Bureau of Land Management, along with rangers and other federal agents, including what many believe to be mercenaries, terrorized a family and a community and attempted to steal Mr. Cliven Bundy’s cattle and ultimately force him off his land as they have done to all others in that part of Nevada which is why many refer to Mr. Bundy as the “last rancher standing.”

Whether one agrees with Mr. Bundy’s stance that he does not recognize the federal agency, BLM’s, rights in this case, but does recognize the states of Nevada’s rights, therefore will only pay the state his grazing fees to the state, everyone that saw the spectacle, abuse of power and assault on liberty against Bundy supporters and family members, should be outraged that our government has become the tyrants they showed themselves to be during the last week.

Before the other videos and links, Potter makes some very valid points about the militarization of our domestic agencies and calls for the disarmament of many “alphabet agencies.”

THE BUNDY ANCH SEIGE: WHAT YOU ARE NOT BEING TOLD
http://www.westernjournalism.com/bund…