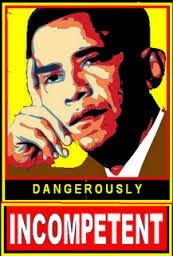 Democrats may appear to be united in supporting Barack Obama in public, in private they are tearing him to shreds, calling him “detached,”  “flat-footed” and “incompetent,” according to CNN’s John King, shown in the video below this article.

“Forget for a moment that Republican outrage,” said King on his CNN show this morning. “More and more Democrats in key 2014 races are calling for the president to get a spine, they say, and fire his Veterans Affairs secretary. And what more and more Democrats are saying privately is scathing, calling the president and his team detached, flat footed, even incompetent.

“Maggie Haberman,” said King turning to a panelist, “that’s what strikes me, what democrats are saying privately in the wakes of the healthcare.gov problems, they see a president who doesn’t want to take command, doesn’t want to act fast. Raising the competence question. Some Democrats, who believe in government, [are saying] this White House doesn’t appear to have its hand on the lever.” (Source)

Showing Obama six years ago flapping his gums about how our troops deserve better, then fast-forwarding to the present day, the VA scandal that just became headline news, has shown that Obama’s campaign talk was just that.. talk, but no action as the recent deaths, secret waiting lists and so much more has dominated private discussions among Democrats.

Making it worse, Democrats understand that Obama’s incompetence is likely to damage them in the 2014 elections, specifically those that are on the ballot and have been ardent, public supporters.