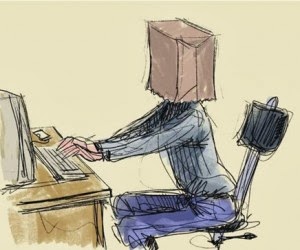 A Virginia court has just made a very dangerous ruling which puts online commentators that use usernames or Anonymous instead of their real names, at risk of having their real names exposed. This also puts website owners at risk of being forced to betray users’ trust.

Yelp is a website where people can leave reviews of businesses they have used, either positive or negative so others may see the quality of service those specific businesses offer and a Virginia court has just ruled that Yelp must comply in providing a business, Hadeed Carpet Cleaning, with the names of their Anonymous users that wrote negative opinions and claimed Hadeed Carpet Cleaning conducted unfair business practices and deceptive advertising.

In an opinion that partially agrees with the majority opinion and partially dissents, the senior judge makes the point that his dissent stems from Mr. Hadeed not provided any proof that the online critics were not his customers, jut suspicions.

Senior Judge James W. Haley Jr. stated in a separate opinion that agreed in part and dissented in part with the majority that Mr. Hadeed had not proved that the reviewers were not customers – he only suspected they were not.

“A business subject to critical commentary should not be permitted to force the disclosure of the identity of anonymous commentators simply by alleging that those commentators may not be customers because they cannot identify them in their database,” the judge said, adding that Mr. Hadeed’s complaints were likely a “self-serving argument.”

This has ramifications for more than just those commenting, but for every website owner, forum owner, blog and any online entity that allows has a comment section or posts Anonymous emails they receive, where if other courts mimic this ruling those website owners can be forced to betray their users’ trust.