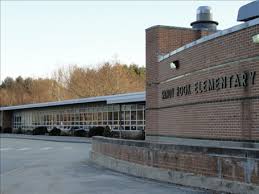 By Dennis Cimino with Jim Fetzer

The following is an excerpt from an important article* originally appearing at Veterans Today on January 30, 2013.-JFT

We can now prove that the entire CT State emergency communications system was ‘hijacked’ and ‘unplugged’ on December 14th., 2012, per an elaborate frequency change plan implemented merely 5 hours in advance on that morning, effectively supplanting and replacing normal police and EMS with FEMA / DHS ‘shadow’ command center personnel, where it turns out that they (the HOAX perpetrators from FEMA) made one critical mistake that they hoped nobody would catch.

But last night, I caught it. During the listening to the plethora of radio scanner audio recordings, I finally had a chance to hear the infamous plate run of the black Honda. I had for weeks taken for granted that others who heard it would have validated it as either fakery or reality but nobody caught the fact it is in it’s entirely, FAKE.

Police and Dispatch, nation wide, use a very time honored ALPHA PHONETIC System to enunciate alpha numeric data between the officers and the dispatchers. It is different from what military use, and it is so ingrained and dyed into the wool of real law enforcement and dispatchers for a good reason. Any error can cost not only the officer his life, but potentially cost others their lives either by sending people to the wrong address or by implicating the wrong person in a crime, or missing a criminal during a CODE TEN run on the person through the system.

During the course of the running of the black Honda, this ALPHA PHONETIC police and dispatch protocol was totally out the window and not used at all. I listened to that audio last night in utter disbelief. Between the alleged officers running the plate through dispatch, and the dispatcher herself, the data was read to and fro like any normal citizen would read data on a radio. They did not use the ALPHA PHONETIC protocol that is ingrained in both the officer and the dispatcher. While other questions have been raised about these communications, this one is decisive:

Suppose for the record that had the officer deviated and read data to dispatch improperly, the dispatcher would have read it back with PROPER PHONETIC enunciation to the officer under any and all circumstances, not as a correction of the officer but to make it clear that to all on the circuit who are listening that they pay attention to the data readback, as many backup units in the vicinity may need that data to properly B.O.L.O. find a car they need to intercept. B.O.L.O. is Be On Look Out, by the way. So on the 14th of December, we know that 5 hours earlier, a comprehensive frequency change plan for all emergency communications in Connecticut, State Wide, got implemented. It wasn’t just a coincidence.

As it would now appear, a ‘shadow’ dispatch center went into operation on December 14th., presumably run entirely by FEMA and DHS or MOSSAD possibly, because they used non trained, non familiar with the ALPHA PHONETIC protocols police use, to do radio transmissions that day, which now clearly must have all been staged for us like the rest of this hoax was. This is a strong allegation to make, but I make it now based on the way this information was transferred by clearly non law enforcement personnel, intentionally in a way that was interceptable and recorded by someone, if not wholly fed to us via calibrated feed or leak by the perpetrators of the hoax.

It is pretty clear that the entire emergency radio apparatus of Connecticut was unplugged altogether on December 14th., with possibly a back channel to allow non HOAX or NON DRILL emergency information to be handled by real law enforcers and real dispatchers. As is now certified by this analysis, clearly there is evidence of circumvention just as NEADS was circumvented and not allowed to have live radar feeds from radar facilities on 9/11, but had data that was 26 seconds OLD, for good reason: that being to cull out and remove real targets that the perpetrators needed never to be intercepted, while loading the system up with pre recorded exercise radar tracks and artificial targets to confuse not just military but CIVILIAN ATC personnel on 9/11.

So back to this HOAX in Newtown CT, for example, when a police officer calls in ‘A B C D’ to dispatch, he or she phonetically enunciates it as; “ADAM BAKER CHARLES DAVID” over the radio, and the dispatcher will read back the same PHONETIC information for clarification. On December 14th., the plate data was not read to and from dispatch like this at all. The way the officer and dispatcher read this data was; ‘A B C D’ AYE BEE CEE DEE’ and that is clearly not correct and NEVER EVER DONE as it is too easy to mistakenly misunderstand transmissions coded thusly. This is now a record, not conjecture, not speculation, but stuff everyone has in their possession that was disseminated and NOT CHALLENGED by Lt. Vance of the CT STATE PATROL or other law enforcers now for several weeks, had it been not their transmissions. Why is this such an important issue? Dispatchers and Law Enforcement personnel are trained and trained and trained and trained. Even in high stress environments which they train in simulations, by the way, they are ingrained to not deviate from these procedures.

So it is important to point out here that the people on the radio in Connecticut that day clearly were not law enforcement or dispatcher personnel. They could not have been. They so grossly deviated in the data reads over the radio that no law enforcer or dispatcher would so deviate like that. Absolutely never.  Much of these recordings clearly are indicative of non law enforcement personnel on radios. Persons without intensive training as to how to report information to dispatchers and other officers. Other people familiar with the normal POLICE alpha phonetic system also concur with my evaluation that these are not police nor are they trained dispatch personnel on these recordings.

FEMA or DHS Personnel in Charge

They are FEMA personnel most likely or DHS personnel, or maybe even MOSSAD agents, given the dynamic of how much control they have here in the U.S., in direct collusion with this government. They provide intelligence to the acting director of DHS, Janet Napoletano, and they are integral to most of the fusion centers in the U.S., effectively legitimizing a foreign secret police force on U.S. soil who’s sole purpose is to spy on and harass American Citizens, who, for many reasons, do not like what is going on in this hijacked by Israeli spies, nation. The 33 frequency change modification to the communications plan for Connecticut that went into effect 5 hours before the staged hoax went down, happened for a reason.

It entirely CIRCUMVENTED ALL NORMAL RADIO DISPATCH and POLICE FUNCTIONS in Connecticut on this day. The screen shots of these 33 frequency changes, which were made just hours before the event, and of the ‘dummy’ non-named frequency allocation to one “phantom” that would not normally be blanked out like this in any normal frequency allocation chart, are published here. To whom does it belong? DHS? FEMA? FBI? This is the de-facto smoking gun that virtually all scanner radio traffic heard on police scanners or whomever provided these to us, are STAGED. And here is a scan of the Connecticut Statewide Emergency Radio Network at the time:

For comparison, here’s a parallel scan for the Fairview County Simulcast, which under normal conditions it would resemble:

Plus there was an addition that day of one more communications site for which the data is mysteriously absence altogether:

It would not be unreasonable to conclude that Site 1-22 was the DHS or FEMA master control site, which was monitoring every communication related to Sandy Hook that day and make sure that no information that would blow its cover got out.

*From “The Nexus of Tyranny: The Strategy Behind Tucson, Aurora, and Sandy Hook.”

Dennis Cimino, who has extensive engineering and support experience with military electronics, predominantly US Navy Combat Systems, was the Navy’s top EMI troubleshooter before he went to work for Raytheon in the 1980s.