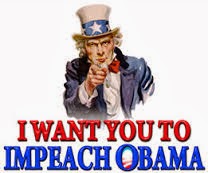 As talk of impeaching Barack Obama heats up, the Alex Jones interview with World Net Daily senior staff reporter Jerome Corsi brings up the possibility that a false flag or staged crisis will be implemented to prevent the impeachment.

Corsi says “Oh, they’ll stage something. There is no doubt they are going to stage something. What’s ready to happen, the next I think false flag or crisis on the horizon is the bursting of the stock bubble. This is another stock market bubble, just like the dot com bubble burst. Then you had the housing market bubble burst. Both manufactured bubbles, both engineered by the private bankers, the central bank.”

“Iran succumb to the international bankers,” he continued. “And again, I think the next crisis we are going to face will be a loss of freedom opportunity. Forget about Obamacare, when everyone is going bankrupt because the dollar tanks, the stock market bubble bursts, that’s I think the kind of major crisis that is in the works for Obama to put back on the agenda a power grab and take off the agenda his impeachment.”

It is a theory but one that many believe, the dollar is on the verge of collapse, Republicans in Congress are talking impeachment more freely, movements seen across the country, in blogs, on forums and talk radio are pushing for it, so it makes sense that should calamity strike imminently that would quiet those voices, the media to be refocused elsewhere.

It is the standard operating procedure, distract the public and politicians with some attack, some manufactured crisis so all eyes are turned away from where they previously were looking.