The US continues kicking the can down the road, so to speak, staving off the dollar and total economic collapse, but they are doing so by creating an illusion of “recovery”, printing money that is becoming more and more worthless every single day. One example is the economic stimulus that helped create the illusion, until the money runs out, then the US isn’t just back where it started, it is worse because the debt has skyrocketed.

There is a school of thought that says you have to hit rock bottom before you can attempt to climb back up and this constant delaying tactic is going to make the ultimate collapse worse.

Charlie McGrath delves into that school of thought in the video below. 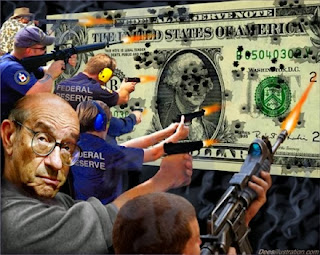 Cross posted to Before It’s News